2
Follow
Nils Bergslien was educated by his uncle Knud Bergslien and Morten Müller (1828-1911). He attended Morten Müllers art school in Kristiania from 1871 to 1872, 1873 and accompanied his uncle on a study trip to Germany and Austria. From 1876-79, he studied at the Art Academy in Munich under Otto Seitz (1846-1912). During 1874 or 1875, he undertook a study tour in Telemark with Gerhard Munthe and 1880, he traveled with the sculptor Axel Ender and the Danish poet Holger Drachmann over the Hardangervidda mountain plateau.
Nils Bergslien was known for his illustrations of folk life, his puck pictures, and for motives from legends and fairytales. His series Nissealbum was published in 1886. He decorated several hotel rooms and churches. He made caricature illustrations and designed the title vignette of the satirical magazine Vikingen. He designed a memorial of fiddler Ola Mosafinn, the bronze relief Ridande Vossabrudlaup.

Over the years Bergslien was given a number of commissions. In 1886, he created the decorations to the tourist ship Britannia; from 1899 to 1900 he decorated several rooms in the Hotel Café Boulevard Norway and Bergen (destroyed by fire 1916) and in the Tyssedal Hotel, and later he made the national romantic decorations for the dining room in the Hotel Vøringfoss in Eidfjord. 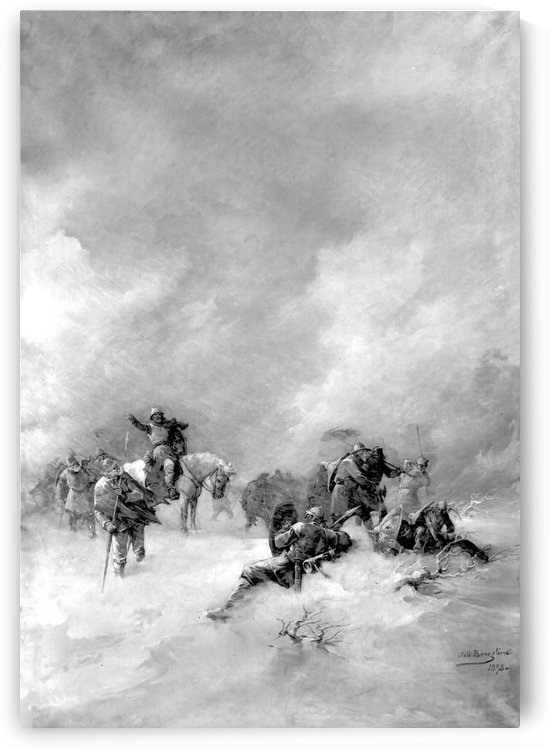 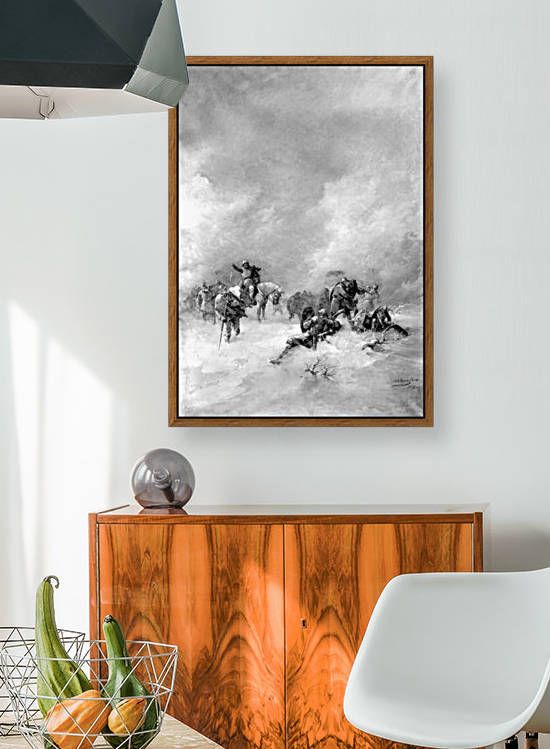 A pack of hunters in winter 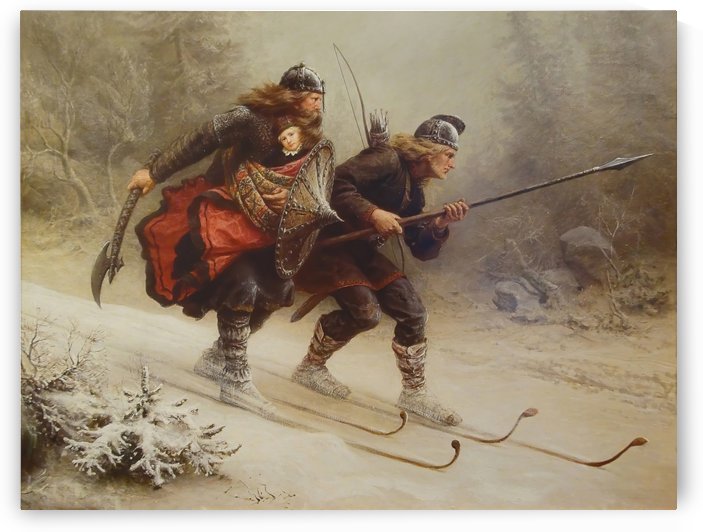 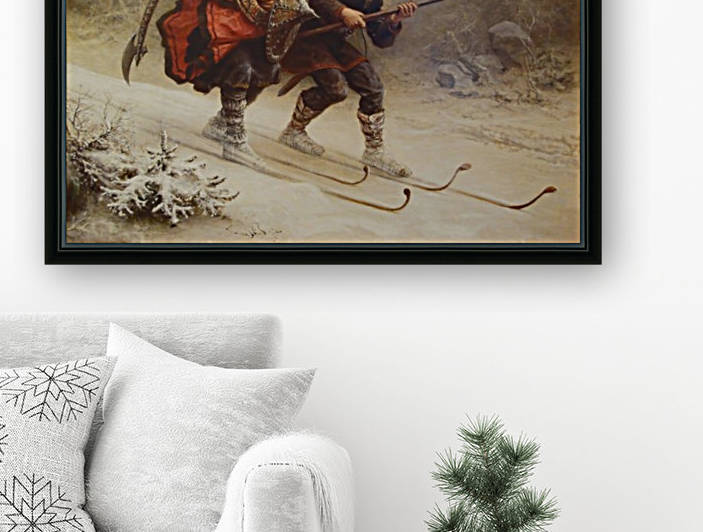 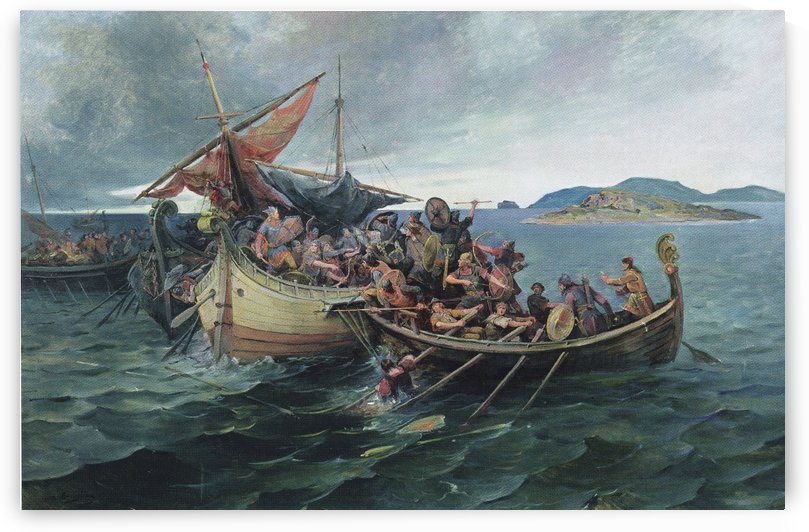 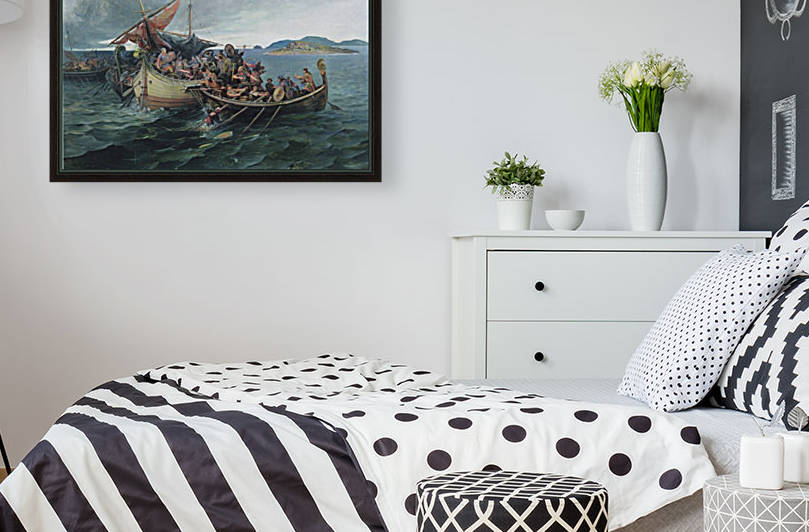 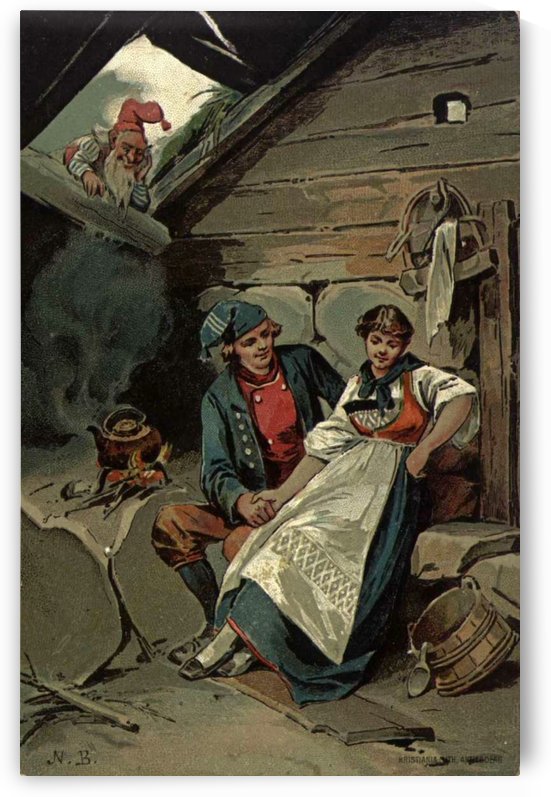 A dwarf spying on a young couple 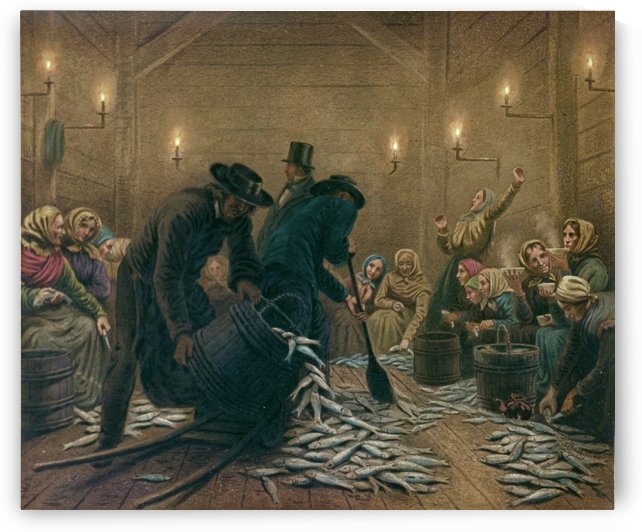 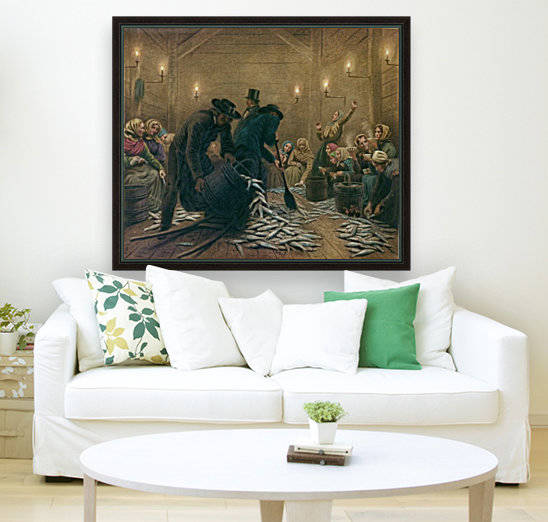 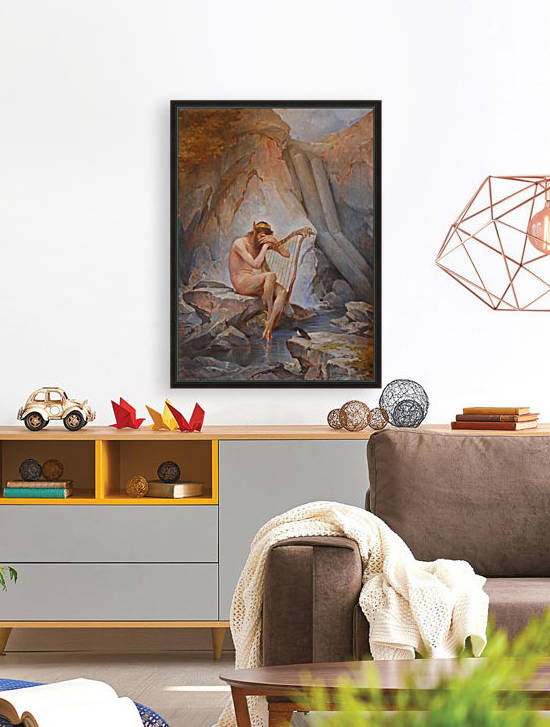 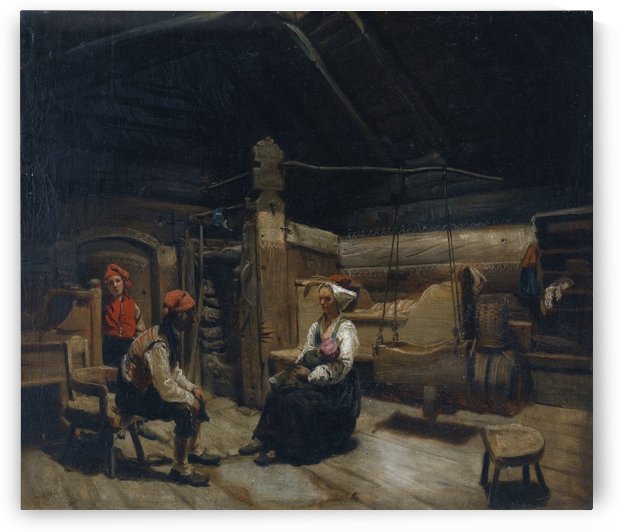 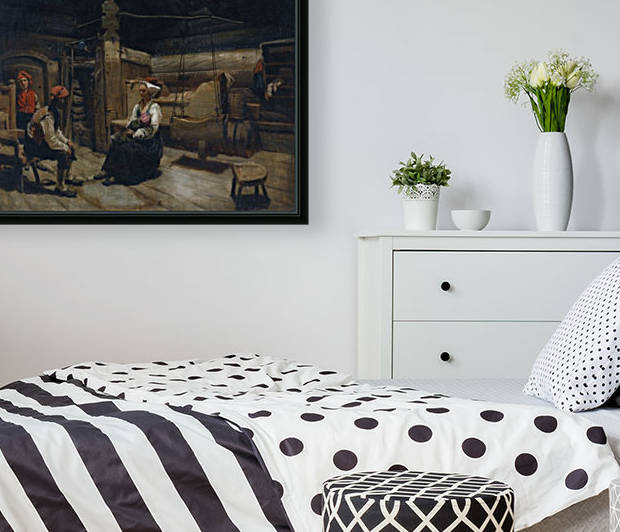 A family inside their home 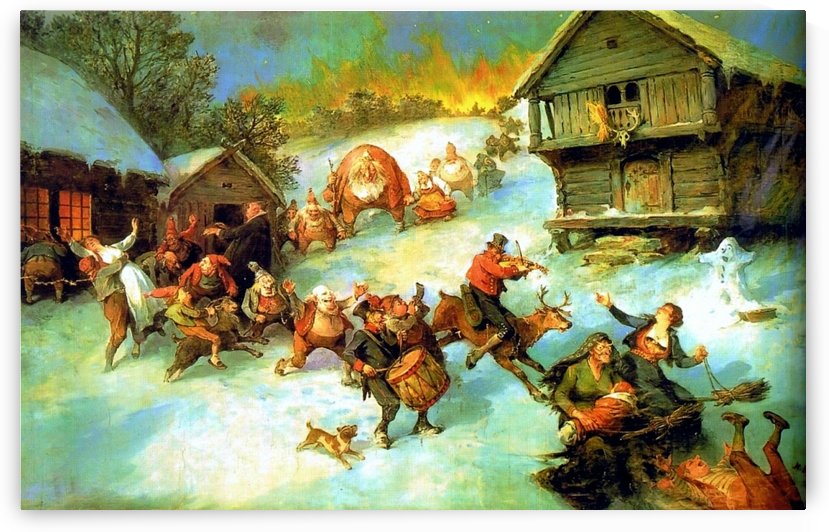 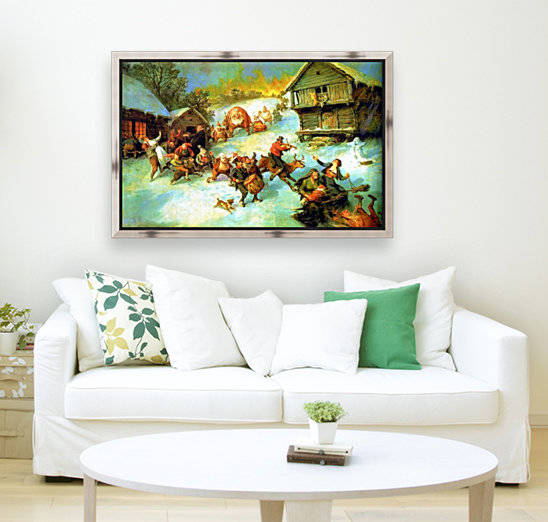 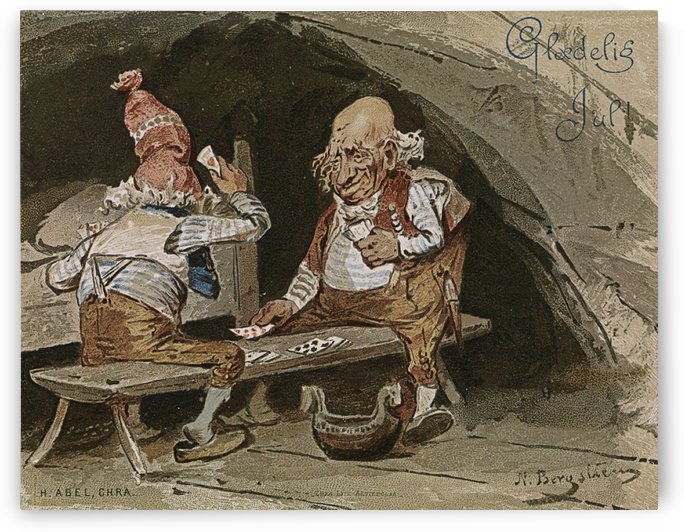 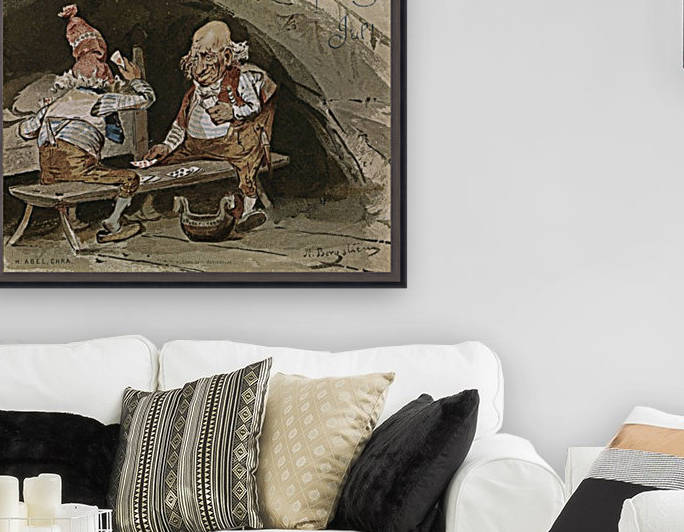 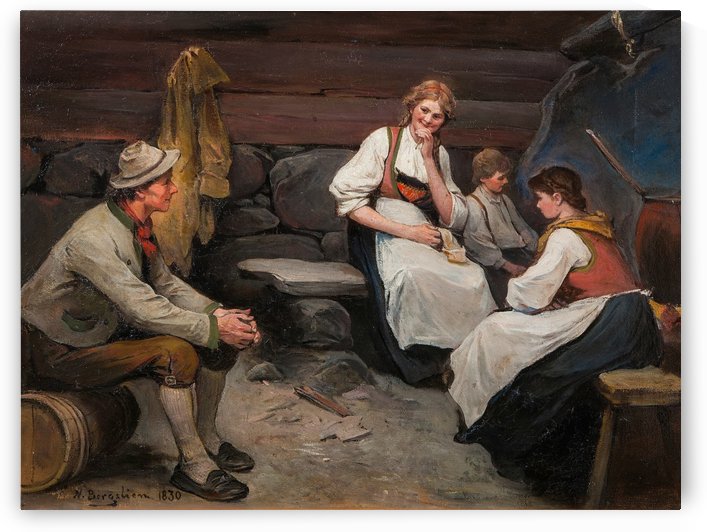 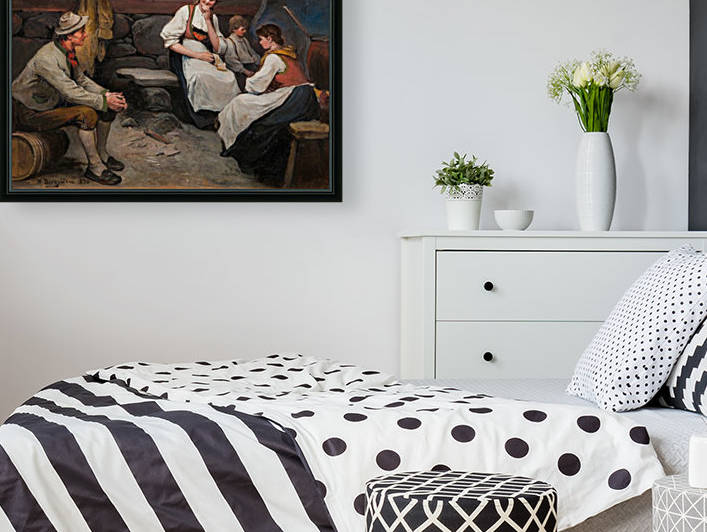 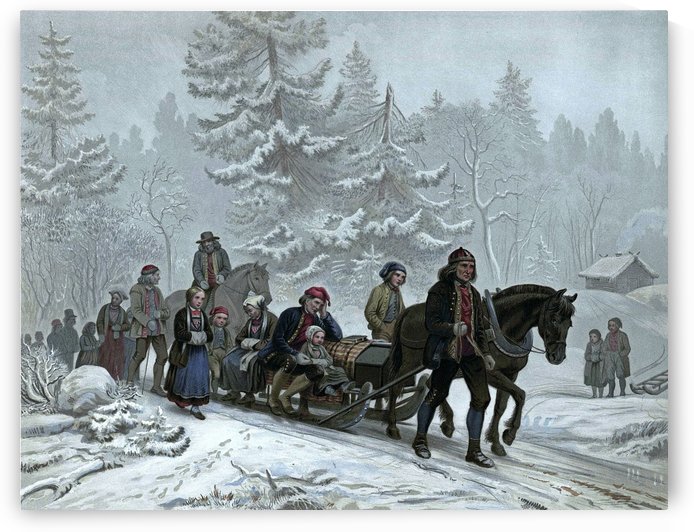 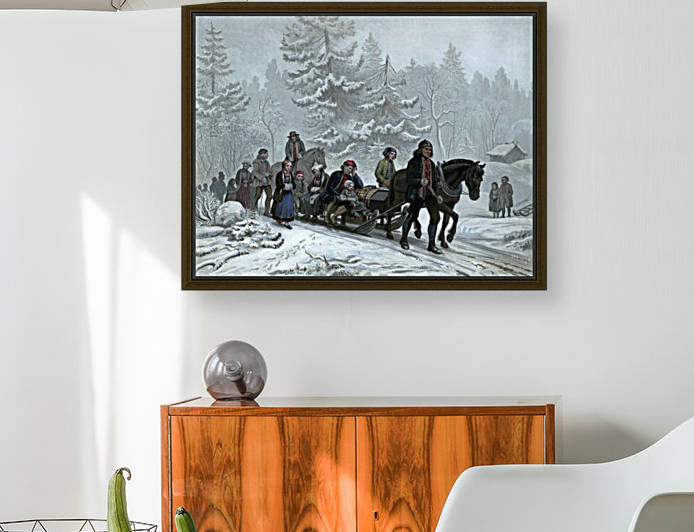 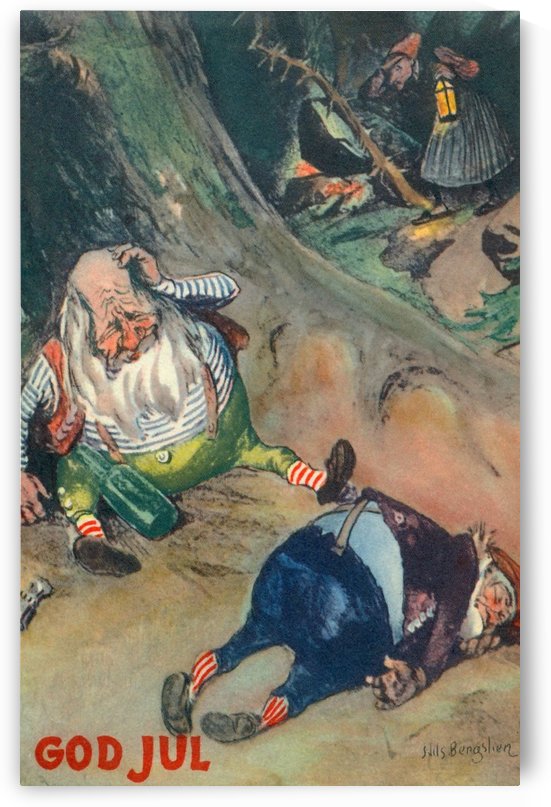 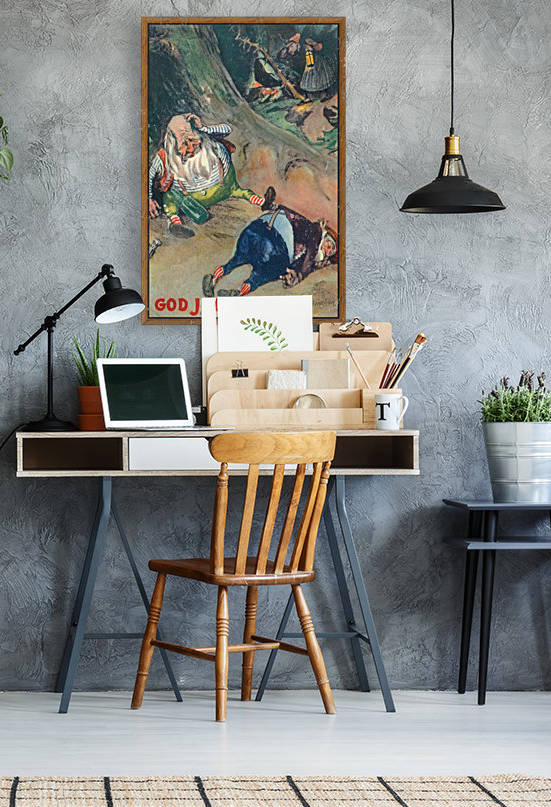 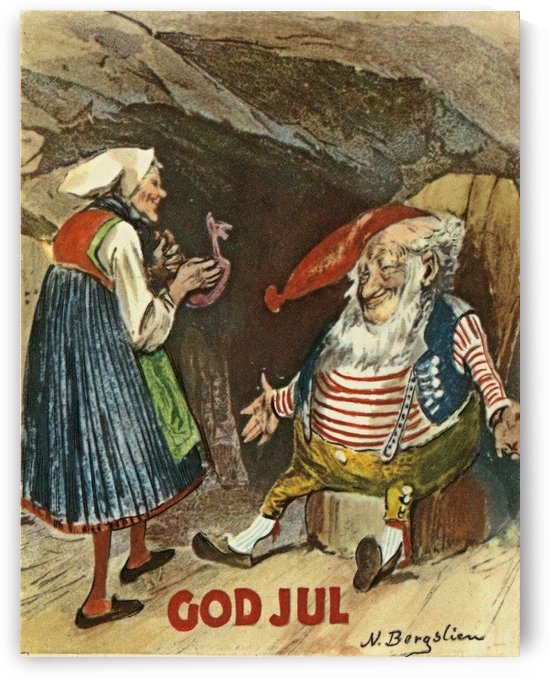 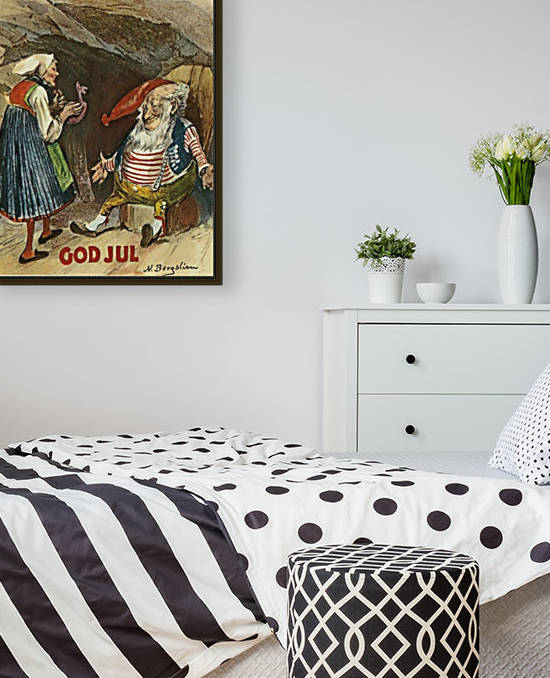 A dwarf and his wife