COVID-19 Updates     May 29 - Accepting orders - We are reopening - Expect production delays - Thanks for your support!

Born in Cincinnati, Ohio, where he studied with Frank Duveneck. In the second half of the 1870s he went with Duveneck and fellow students to the Royal Academy of Munich. He then spent time in Florence, Italy, returning to Boston in 1883.

DeCamp became known as a member of the Boston School led by Edmund C. Tarbell and Emil Otto Grundmann, focusing on figure painting, and in the 1890s adopting the style of Tonalism. He was a founder of the Ten American Painters, a group of American Impressionists, in 1897. Following Thomas Hovendens sudden death in 1895, DeCamp was hired to teach at the Pennsylvania Academy of the Fine Arts in Philadelphia, Pennsylvania, but resigned after one year because of ill health. From 1903 until his death in 1923, he was a faculty member at Massachusetts Normal Art School, now Massachusetts College of Art and Design, teaching painting from the living model and portraiture. He also taught painting classes at the School of the Museum of Fine Arts in Boston. Among his pupils was Gertrude Nason. 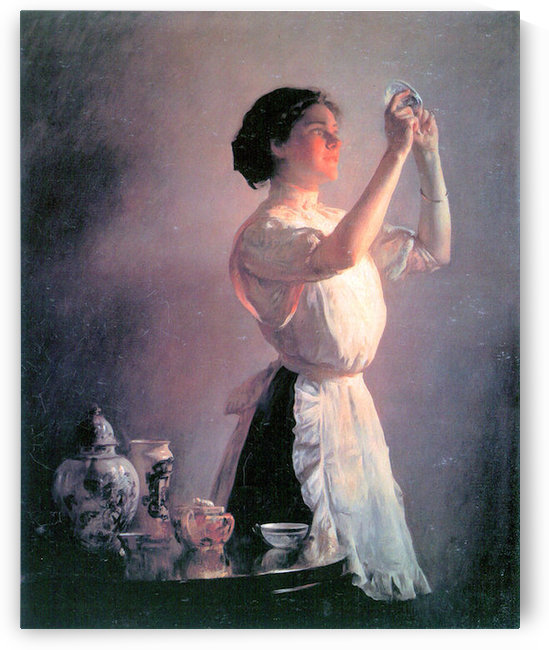 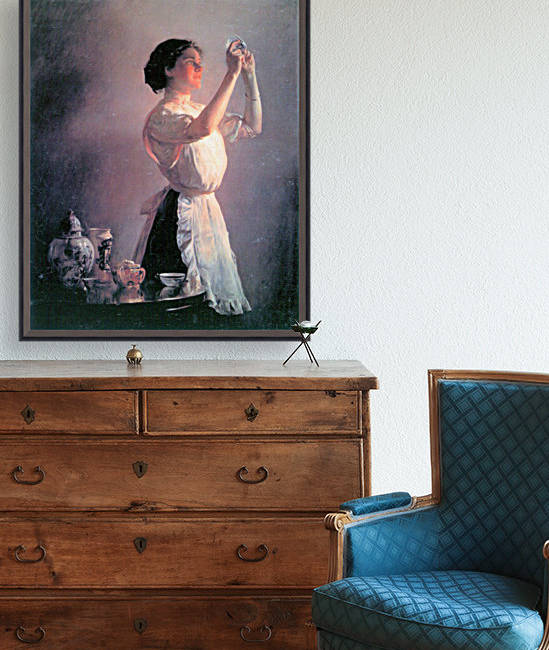 The blue cup by Joseph DeCamp