2
Follow
Joaquín Sorolla y Bastida (Spanish: [xoakin sooa]) (27 February 1863 – 10 August 1923) was a Spanish painter. Sorolla excelled in the painting of portraits, landscapes, and monumental works of social and historical themes. His most typical works are characterized by a dexterous representation of the people and landscape under the bright sunlight of his native land and sunlit water.


Joaquín Sorolla was born on February 27, 1863 in Valencia, Spain. Sorolla was the eldest child born to a tradesman, also named Joaquin Sorolla, and his wife, Concepción Bastida. His sister, Concha, was born a year later. In August 1865, both children were orphaned when their parents died, possibly from cholera. They were thereafter cared for by their maternal aunt and uncle, a locksmith.

He received his initial art education at the age of 9 in his native town, and then under a succession of teachers including Cayetano Capuz, Salustiano Asenjo. At the age of eighteen he traveled to Madrid, vigorously studying master paintings in the Museo del Prado. After completing his military service, at twenty-two Sorolla obtained a grant which enabled a four-year term to study painting in Rome, Italy, where he was welcomed by and found stability in the example of Francisco Pradilla, the director of the Spanish Academy in Rome. A long sojourn to Paris in 1885 provided his first exposure to modern painting; of special influence were exhibitions of Jules Bastien-Lepage and Adolf von Menzel. Back in Rome he studied with José Benlliure, Emilio Sala, and José Villegas Cordero. 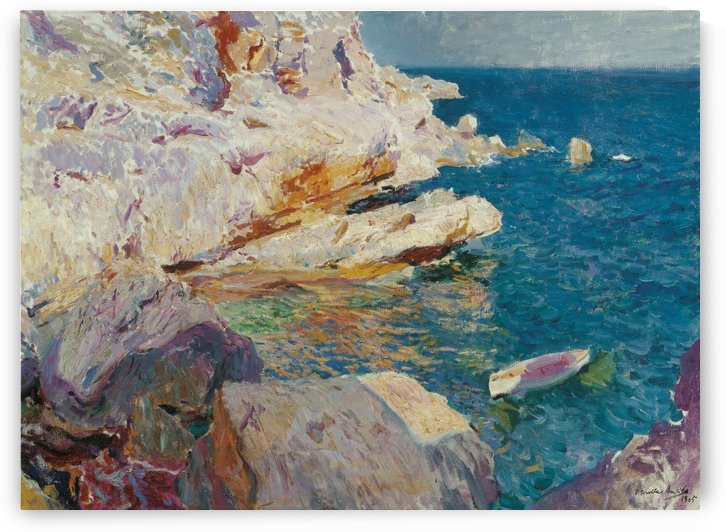 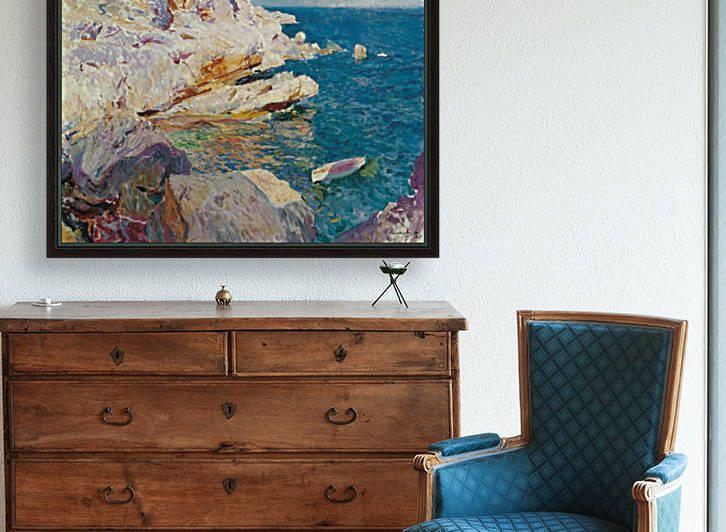 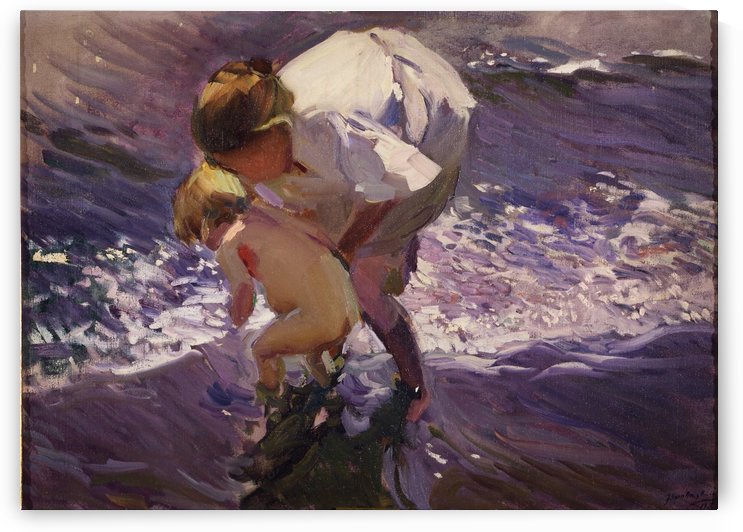 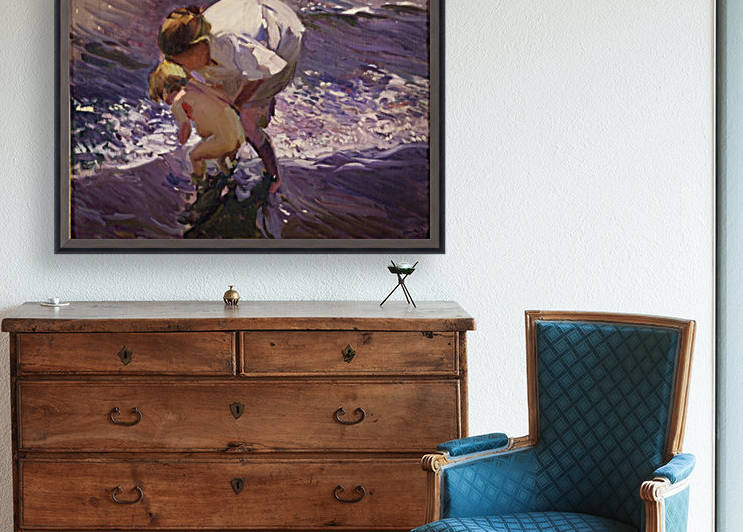 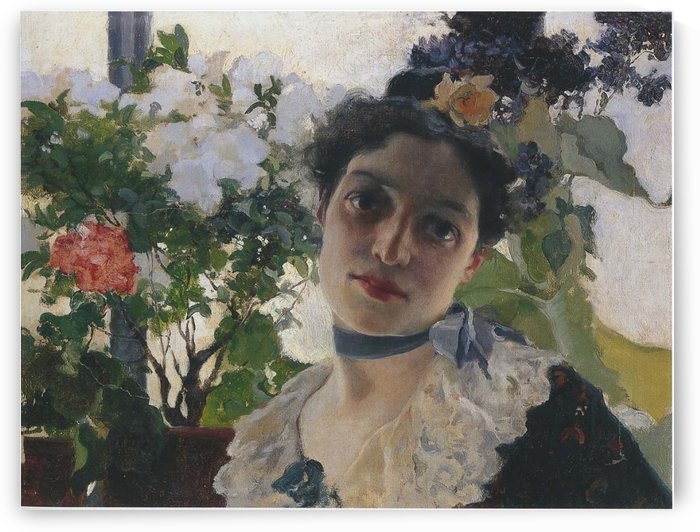 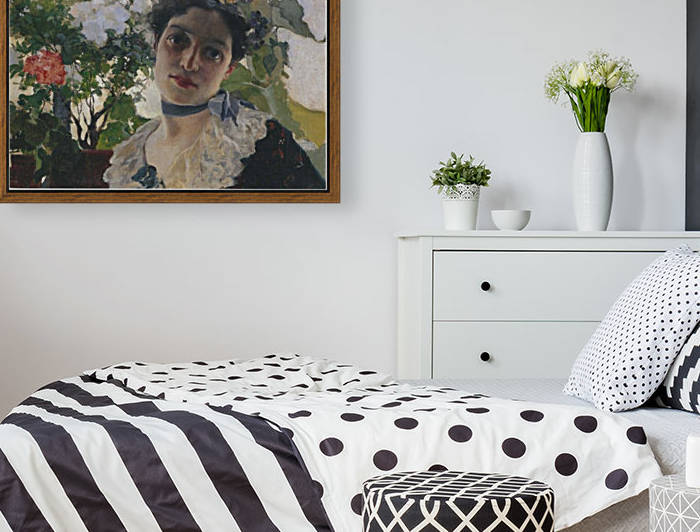 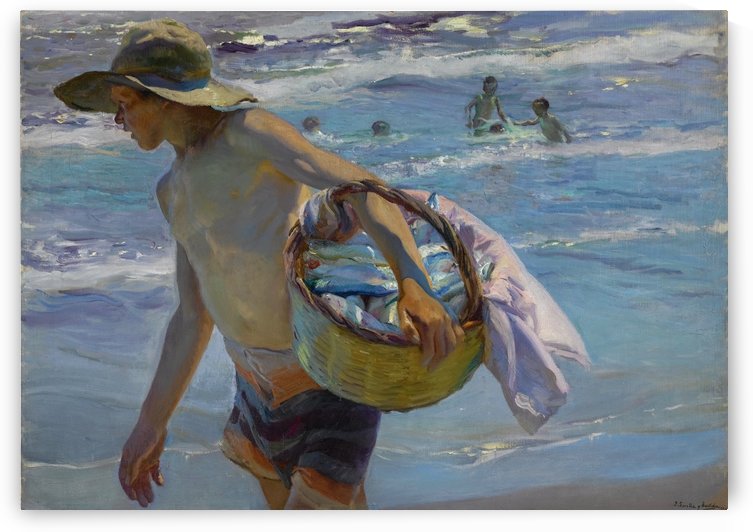 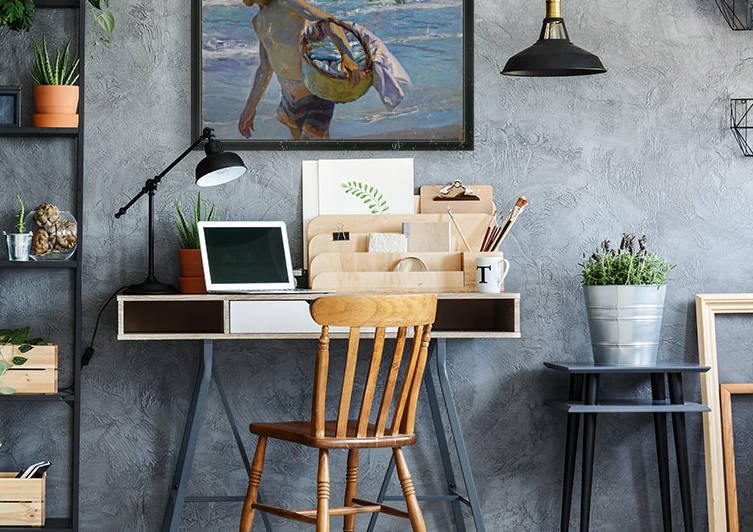 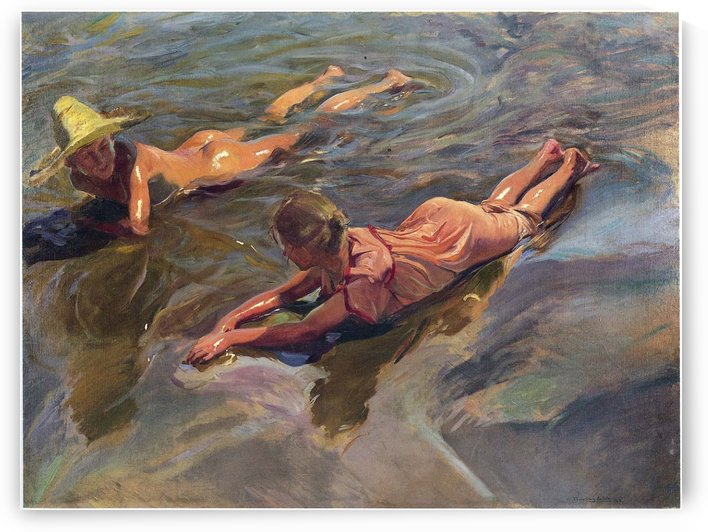 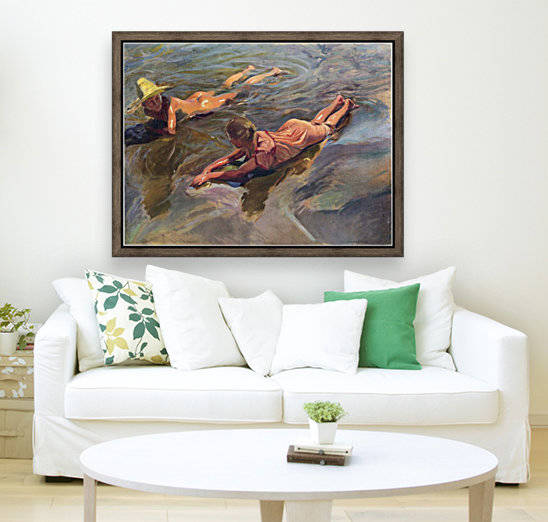 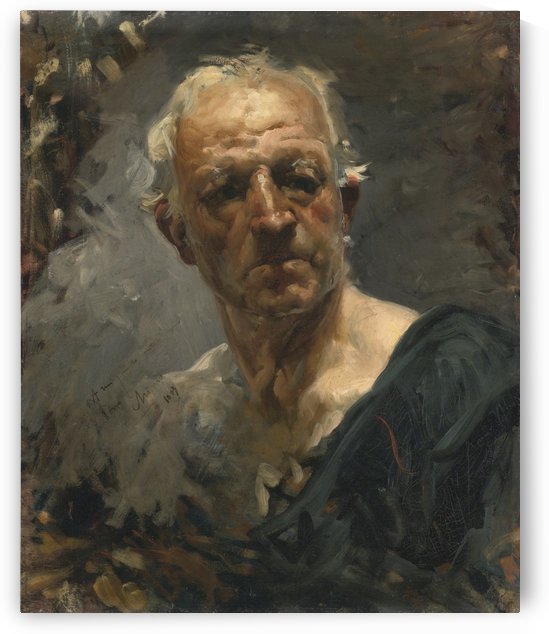 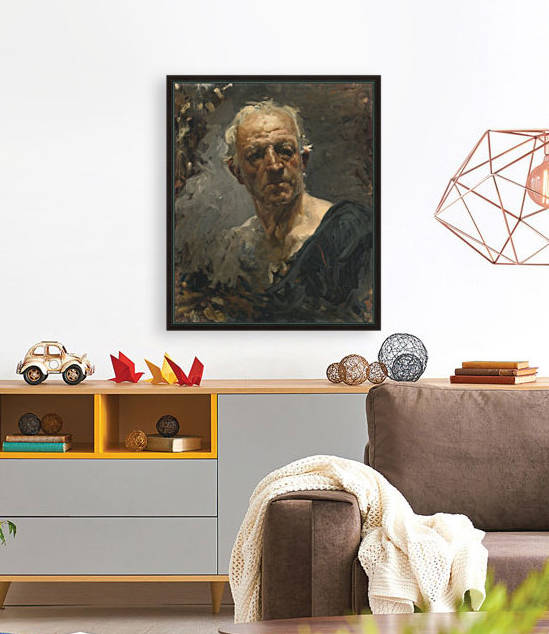 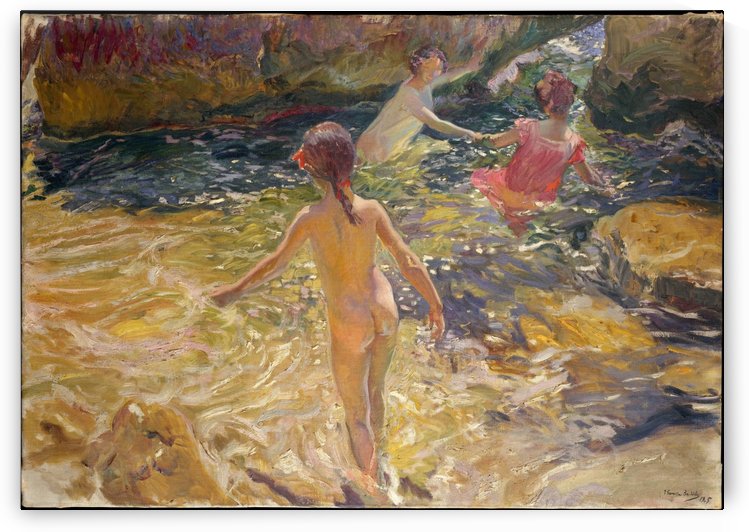 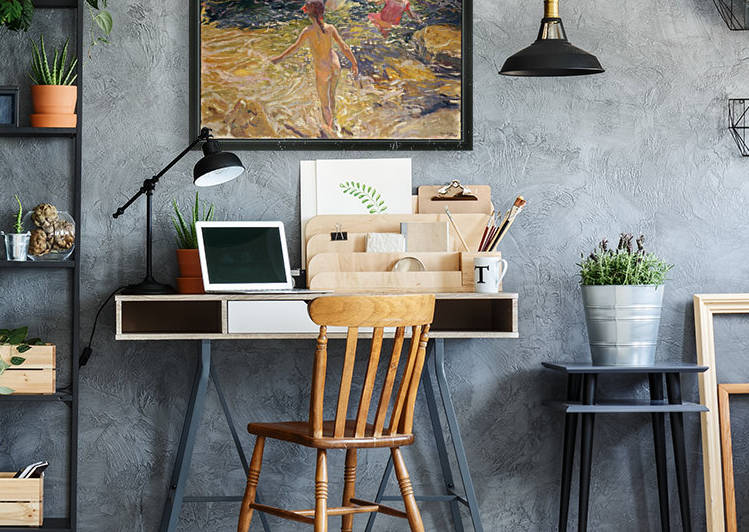 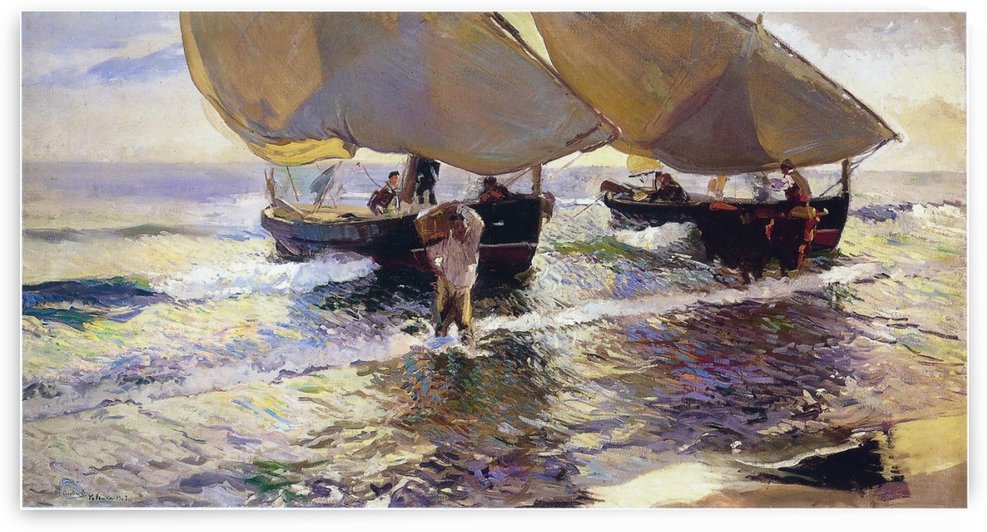 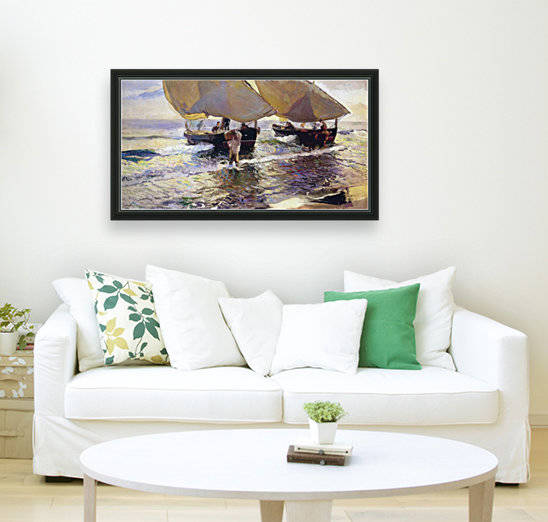 The arrival of the boats 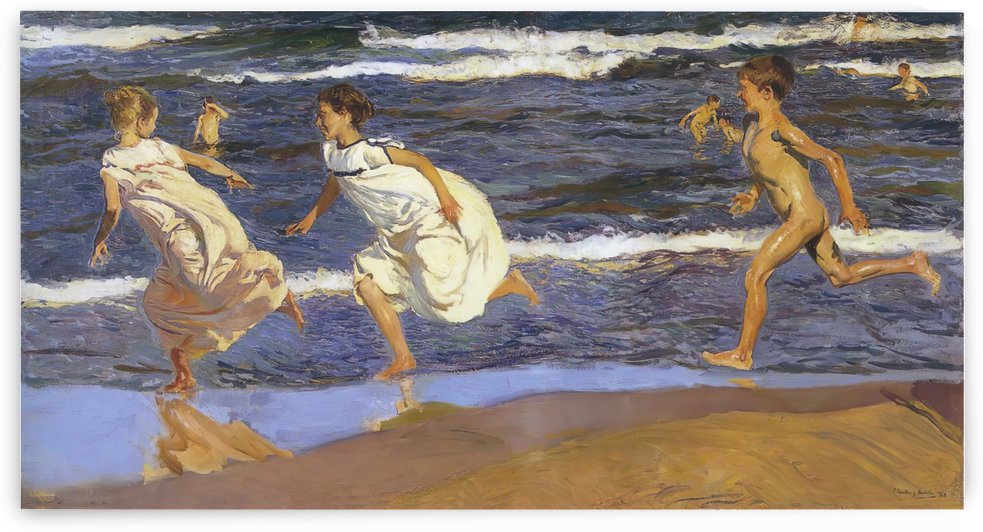 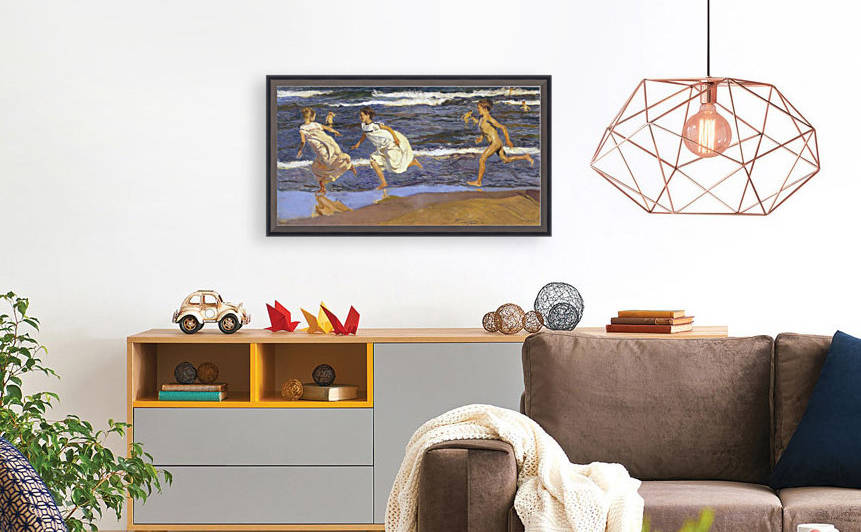 Running along the beach 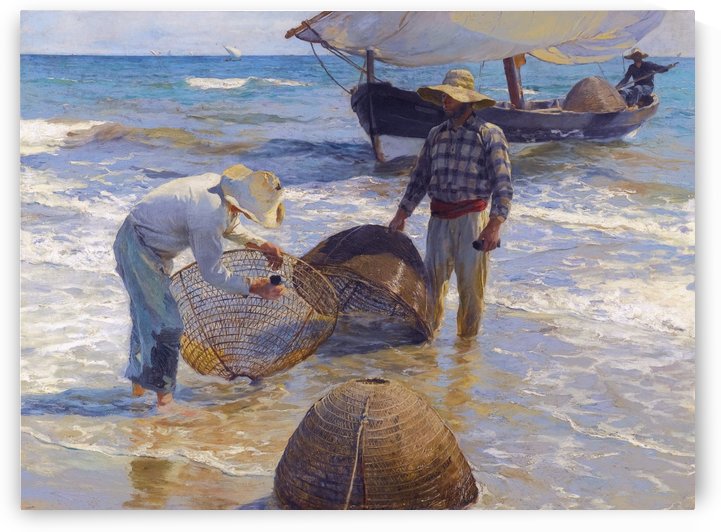 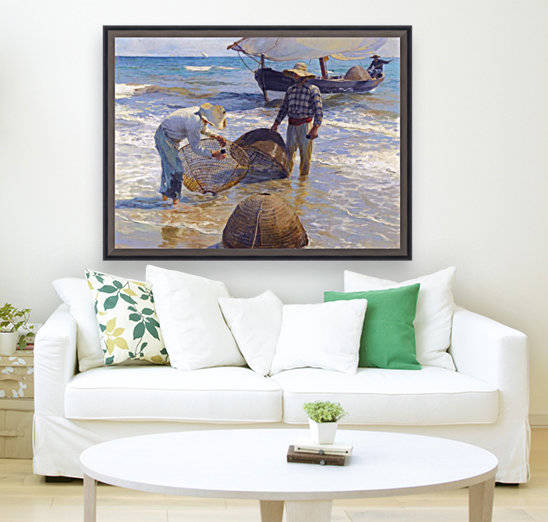 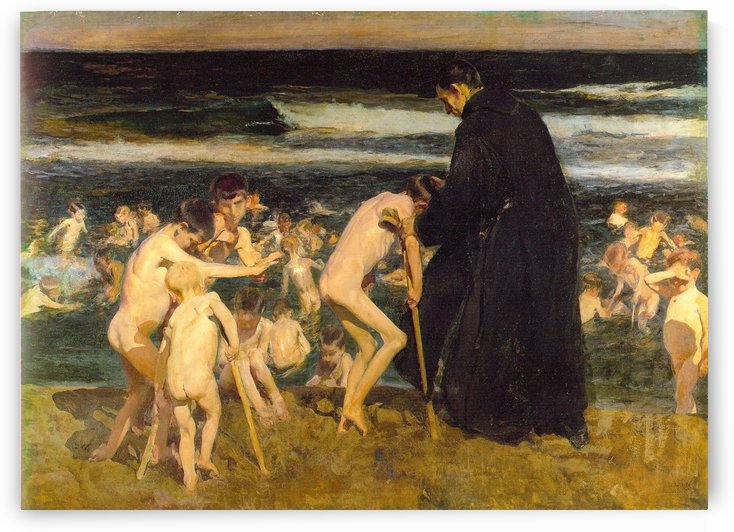 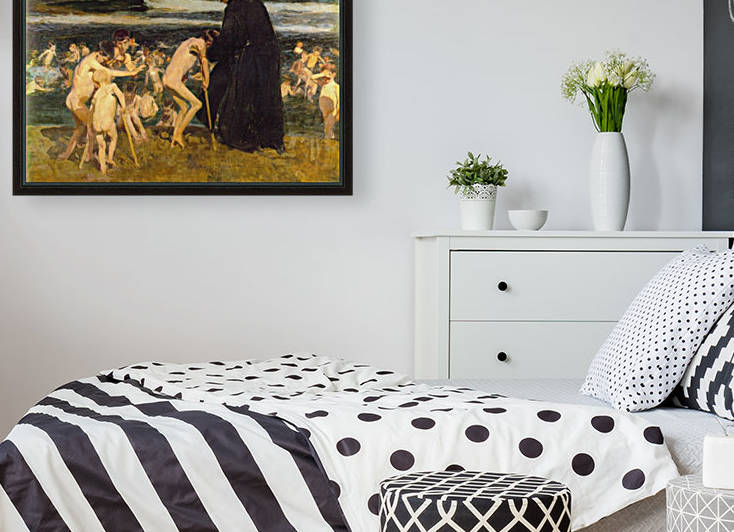 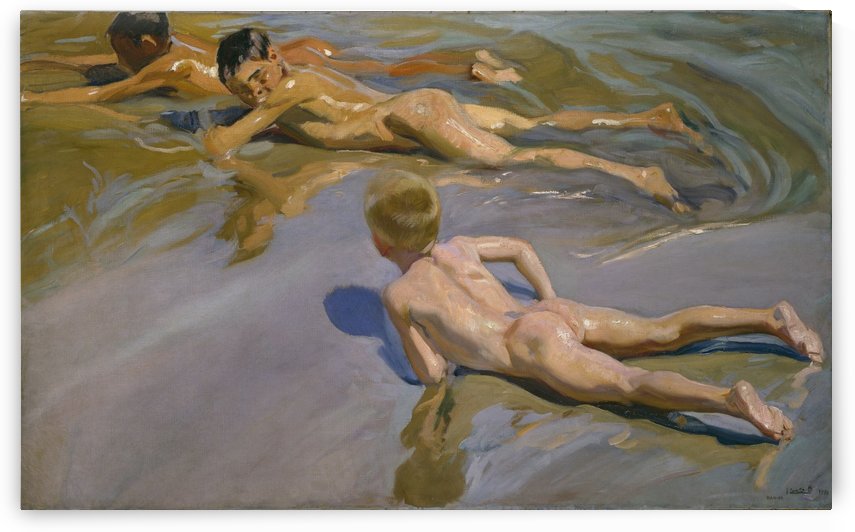 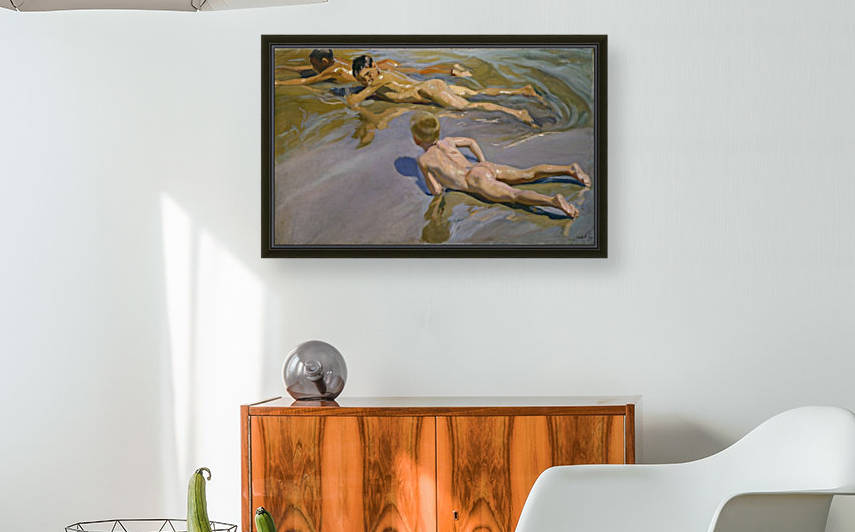 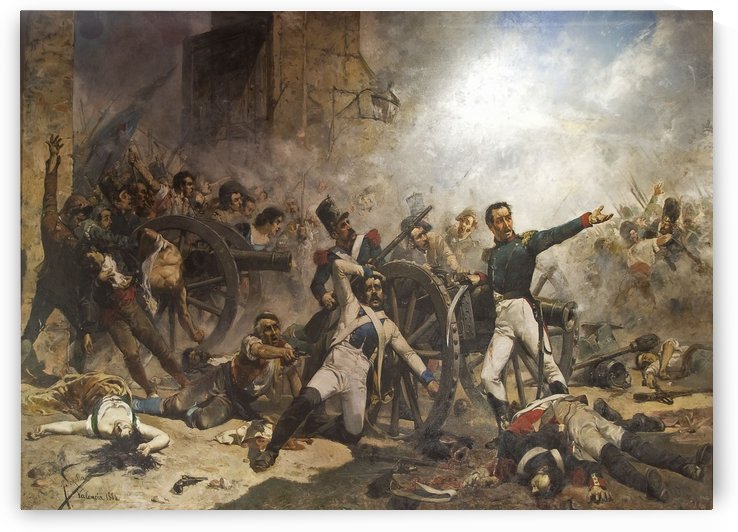 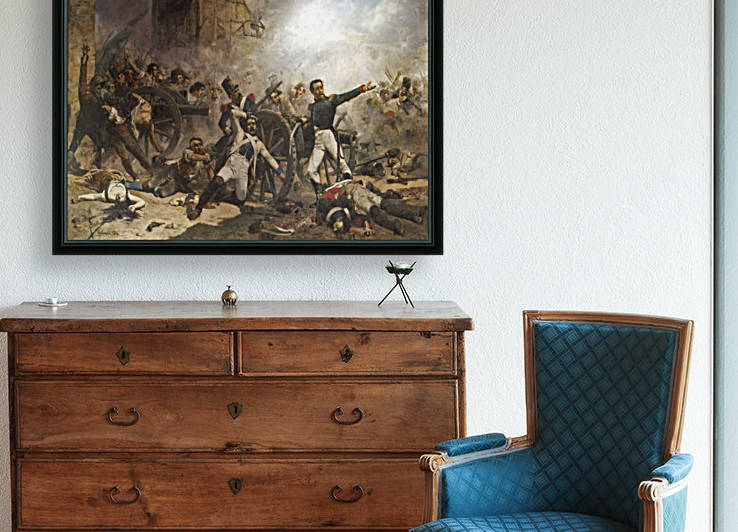