2
Follow
Henri-Pierre Picou (Nantes 27 February 1824 – 17 July 1895) was a French painter. His oeuvre began with portraits and classical historical subject matter but he later moved on to allegorical and mythological themes.

He was an academic painter and one of the founders of the Neo-Grec school, along with his close friends Gustave Boulanger, Jean-Léon Gérôme, and Jean-Louis Hamon, also academic painters. All of them studied in the workshops of both Paul Delaroche and later Charles Gleyre. Picous style was noticeably influenced by Gleyre. While the rest of the group generally painted classical and mythological subjects, Picou also received commissions for large religious frescoes from many churches, including the Église Saint-Roch.

His artistic debut was at the Salon in 1847. The next year he was awarded a second-class medal for his painting, Cléopâtre et Antoine sur le Cydnus. Also known as Cleopatra on the Cydnus, it is commonly regarded as Picous masterpiece. This showing at the Salon in 1848 was written about by the critic Théophile Gautier, who felt that the subject matter was too ambitious, but also said that "As it is, it gives the best hope for the future of the young artist, and ranks among the seven or eight most important paintings of the Salon." In 1875, the painting was exhibited in New York, and afterward found lodgment on the walls of a private art gallery in San Francisco. 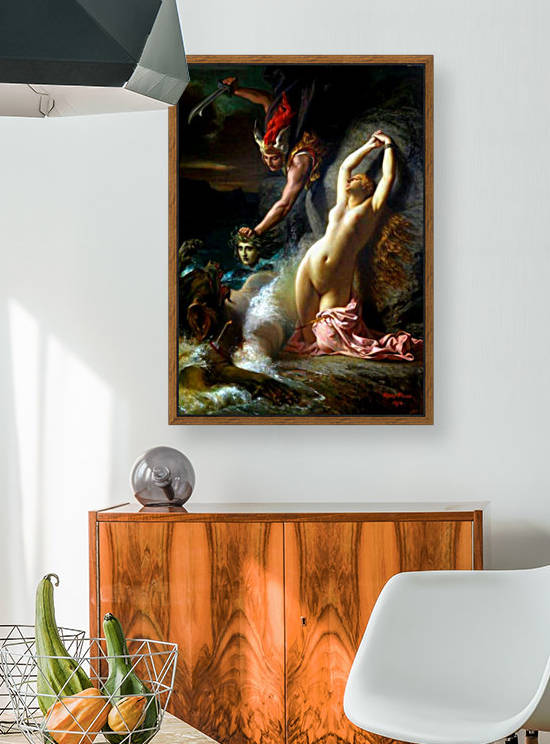 Andromeda chained to a rock