4
Follow
Gustave Moreau (6 April 1826 – 18 April 1898) was a major figure in French Symbolist painting whose main emphasis was the illustration of biblical and mythological figures. As a painter, Moreau appealed to the imaginations of some Symbolist writers and artists. He is recognized for his works that are influenced by the Italian Renaissance and exoticism. His art work was preserved in Paris at the Musée Gustave Moreau.

He was born in Paris, France, at 6 Rue des Saints-Peres. He came from a middle-class family. His father, Louis Jean Marie Moreau, was an architect for the city of Paris and his mother, née Adele Pauline Desmoutier, was an accomplished musician. Gustave Moreau lived a sheltered life growing up. Having visited Italy at age 15 he began his love for art. At age 18 he entered École des Beaux-Arts to study under the guidance of François-Édouard Picot and left in 1850. He then began to study art under his new mentor Théodore Chassériau, whose work strongly influenced his own. Moreau participated in the Salon for the first time in 1852.

Moreau had a 25-year personal, possibly romantic relationship, with Adelaide-Alexandrine Dureux (b.Guise, 8 November 1835), a woman whom he drew several times. His first painting was a Pietà which is now located in the cathedral at Angoulême. He showed A Scene from the Song of Songs and The Death of Darius in the Salon of 1853. In 1853, he contributed Athenians with the Minotaur and Moses Putting Off his Sandals within Sight of the Promised Land to the Great Exhibition. 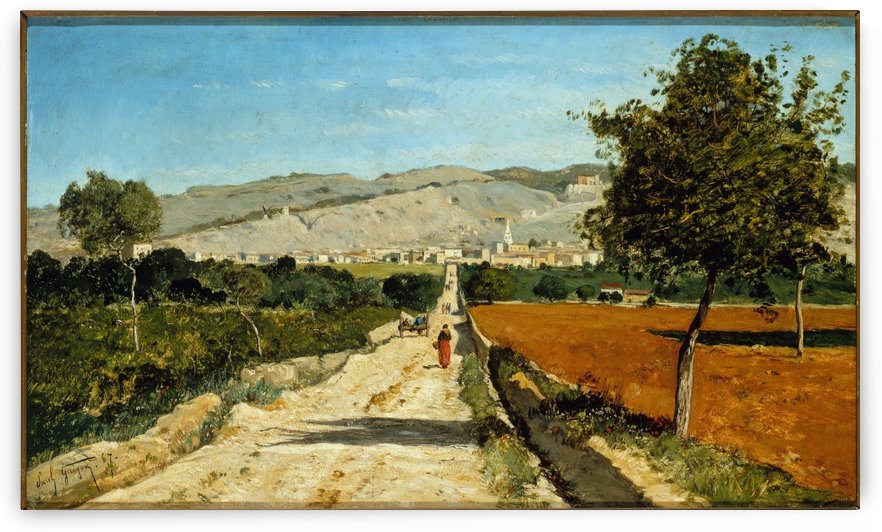 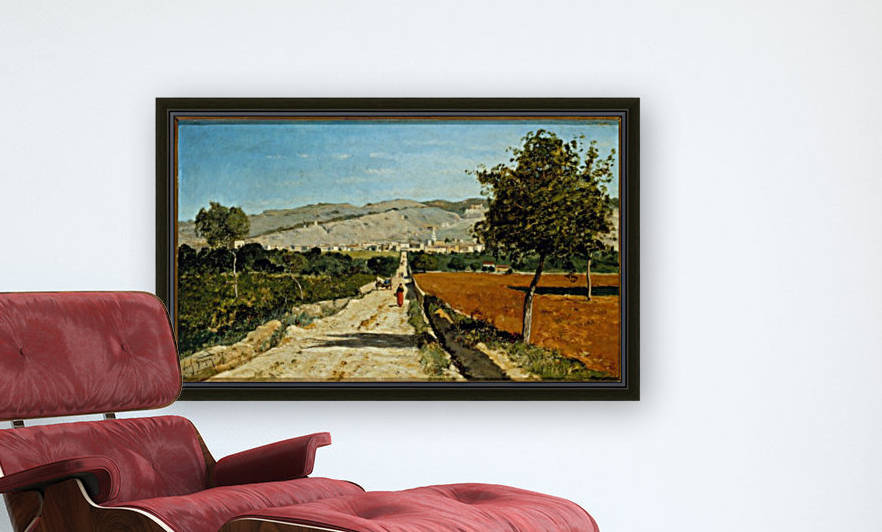 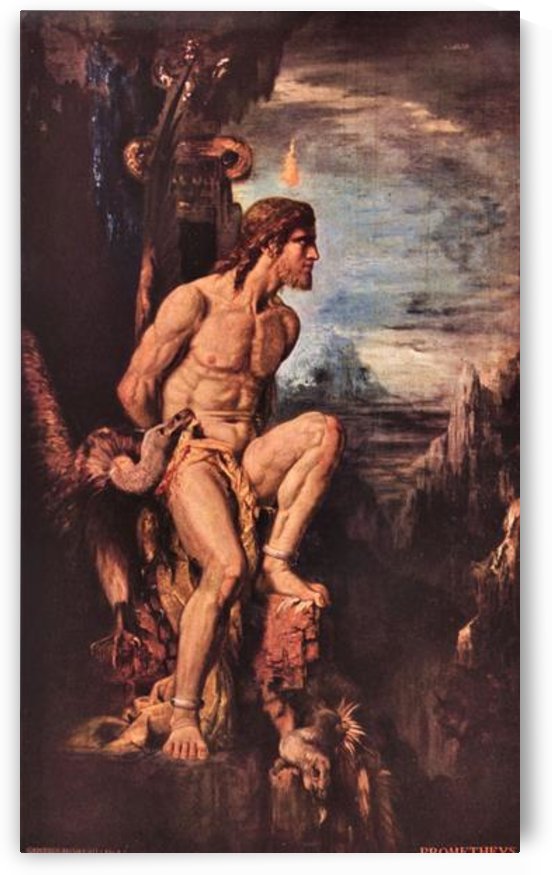 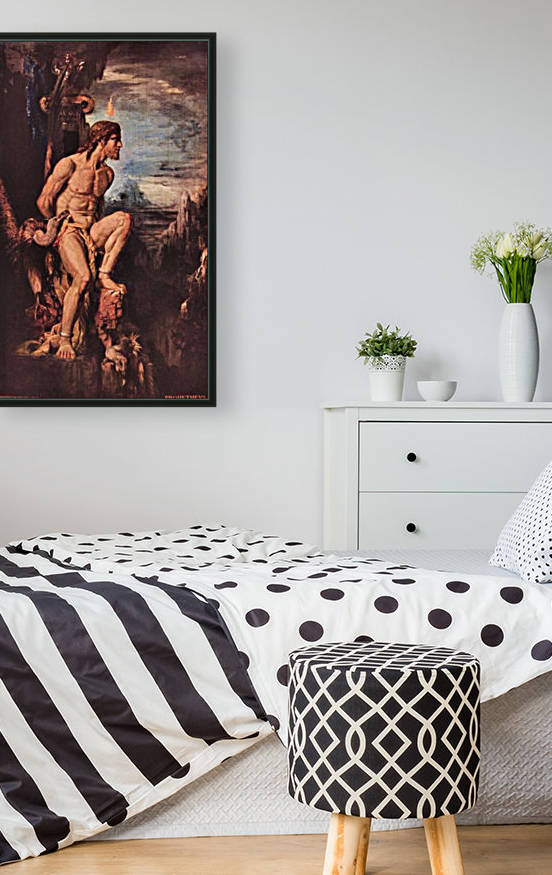 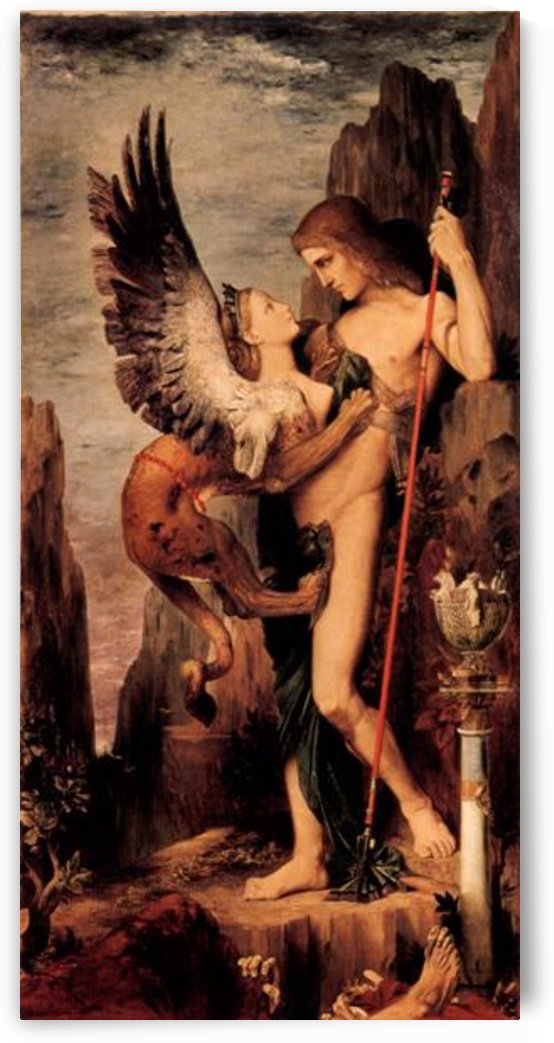 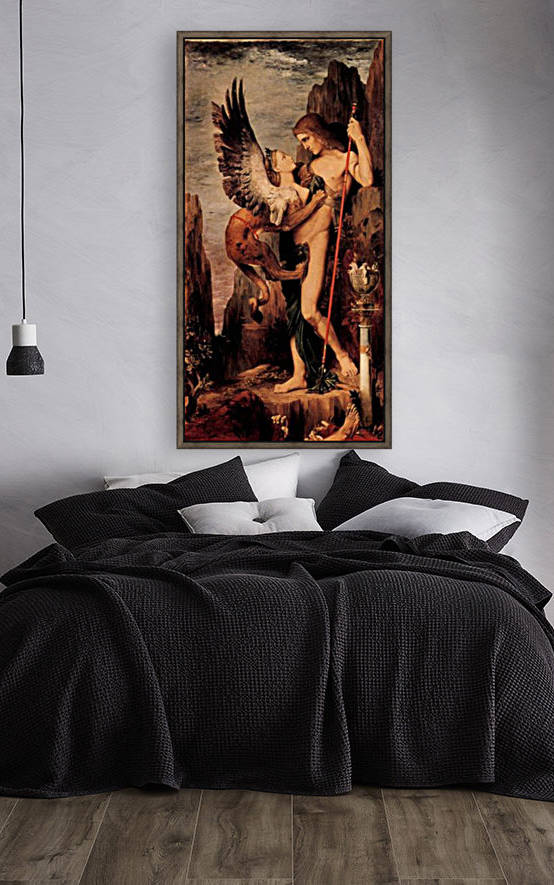 Oedipus and the sphinx by Gustave Moreau 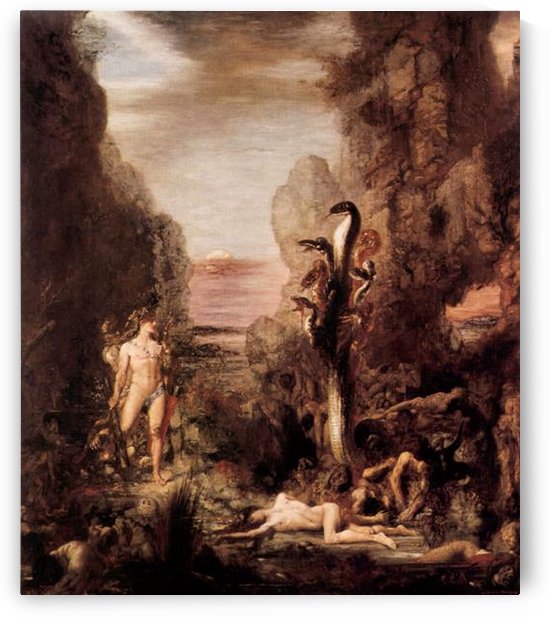 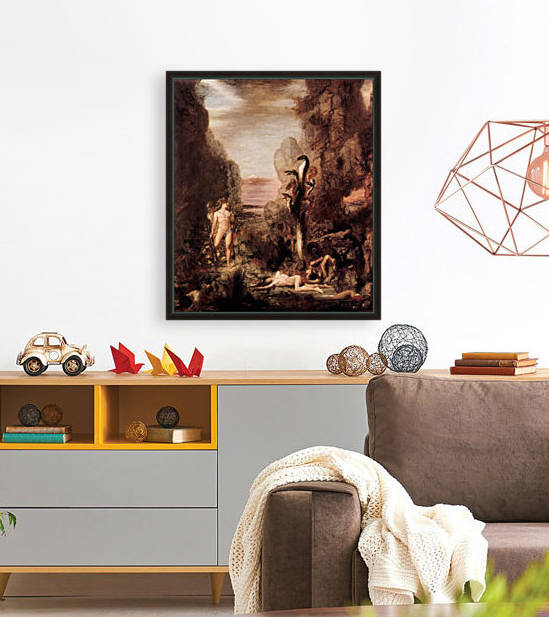 Hercules and the Hydra by Gustave Moreau