2
Follow
Nicolae Grigorescu (Romanian pronunciation: [nikola.e rioresku]; 15 May 1838 – 21 July 1907) was one of the founders of modern Romanian painting.

He was also a writer. He was born in Pitaru, Dâmbovia County, Wallachia now called Romania. In 1843 the family moved to Bucharest. At a young age (between 1846 and 1850), he became an apprentice at the workshop of the painter Anton Chladek and created icons for the church of Bicoi and the Monastery of Cldruani (ro). In 1856 he created the historical composition Mihai scpând stindardul (Michael the Brave saving the flag), which he presented to the Wallachian Prince Barbu tirbei, together with a petition asking for financial aid for his studies. 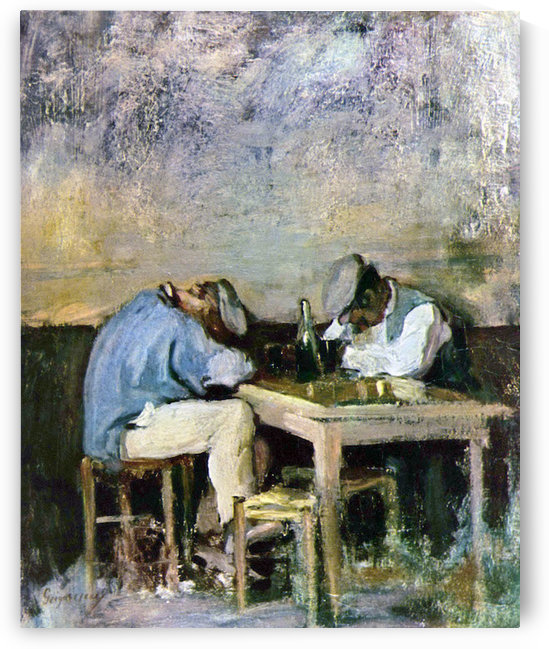 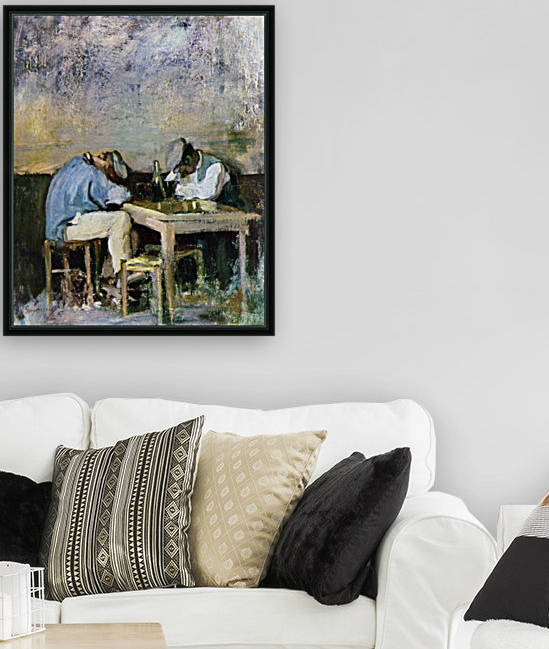 of Two Drunks by Grigorescu