22
Follow
Edouard Manet (23 January 1832 – 30 April 1883) was a French painter. He was one of the first 19th-century artists to paint modern life, and a pivotal figure in the transition from Realism to Impressionism.

Born into an upper-class household with strong political connections, Manet rejected the future originally envisioned for him, and became engrossed in the world of painting. His early masterworks, The Luncheon on the Grass (Le dejeuner sur lherbe) and Olympia, both 1863, caused great controversy and served as rallying points for the young painters who would create Impressionism. Today, these are considered watershed paintings that mark the start of modern art. The last 20 years of Manets life saw him form bonds with other great artists of the time, and develop his own style that would be heralded as innovative and serve as a major influence for future painters.

Edouard Manet was born in Paris on 23 January 1832, in the ancestral hotel particulier (mansion) on the rue des Petits Augustins (now rue Bonaparte) to an affluent and well-connected family. His mother, Eugénie-Desirée Fournier, was the daughter of a diplomat and goddaughter of the Swedish crown prince Charles Bernadotte, from whom the Swedish monarchs are descended. His father, Auguste Manet, was a French judge who expected Edouard to pursue a career in law. His uncle, Edmond Fournier, encouraged him to pursue painting and took young Manet to the Louvre. In 1841 he enrolled at secondary school, the Collège Rollin. In 1845, at the advice of his uncle, Manet enrolled in a special course of drawing where he met Antonin Proust, future Minister of Fine Arts and subsequent lifelong friend. 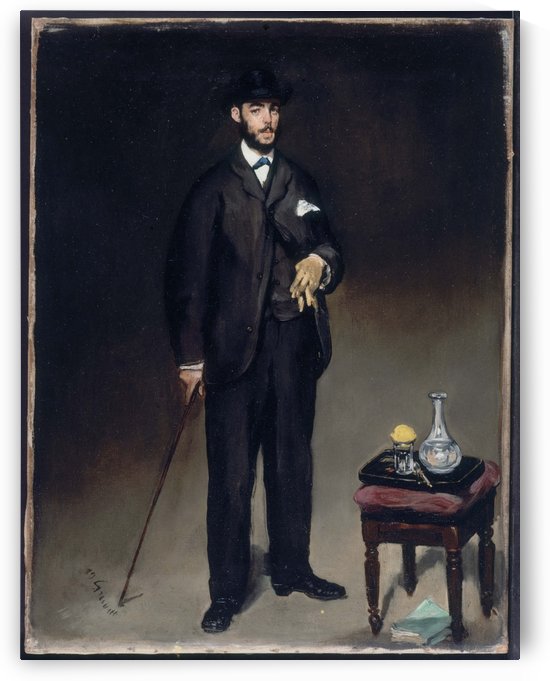 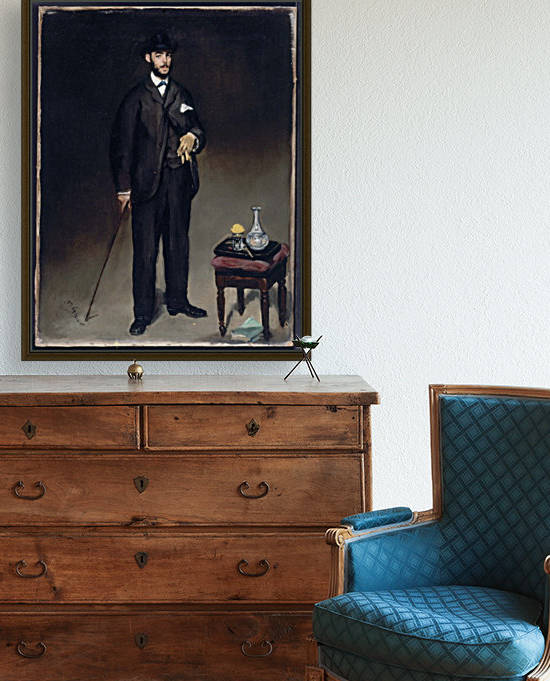 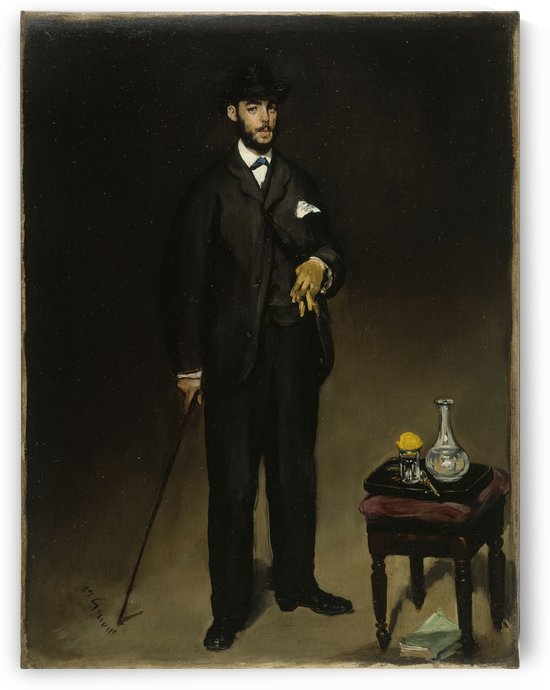 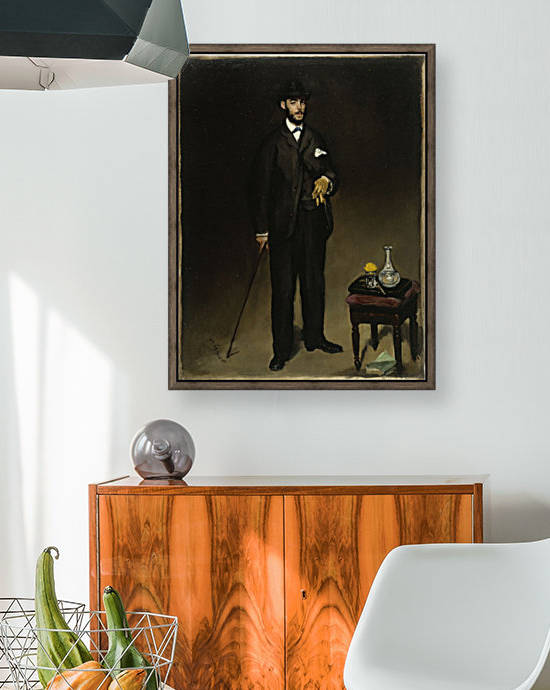 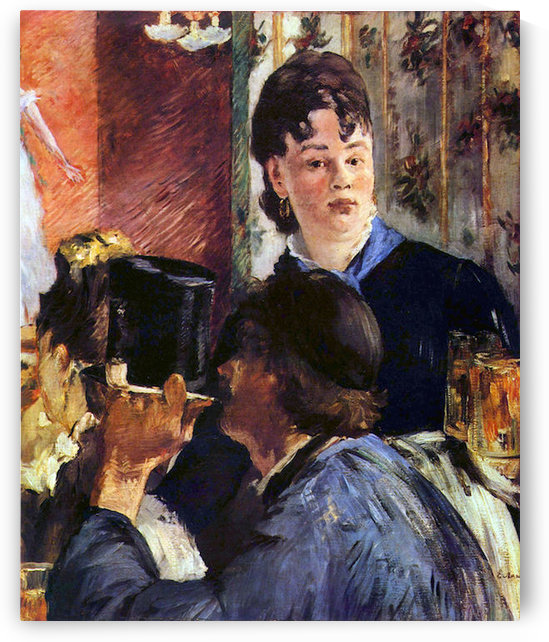 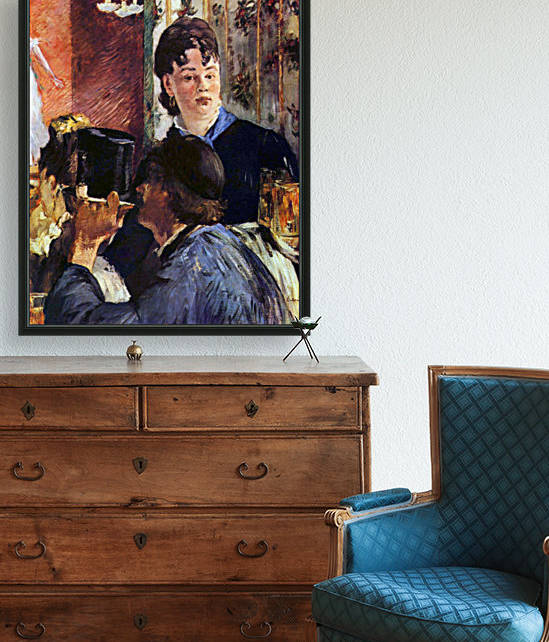 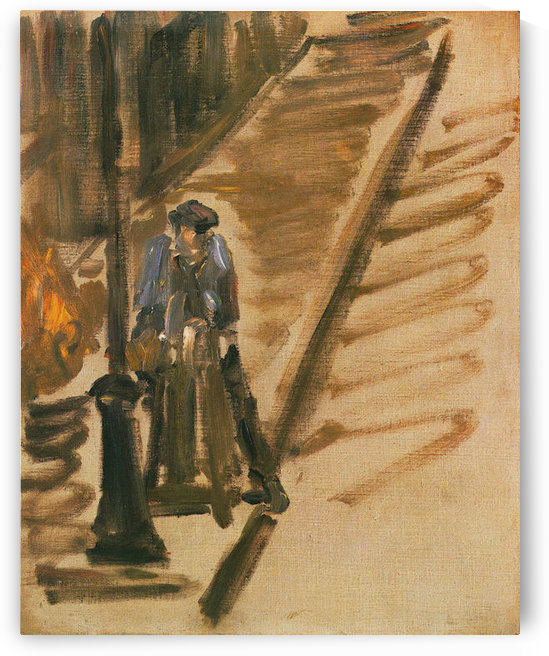 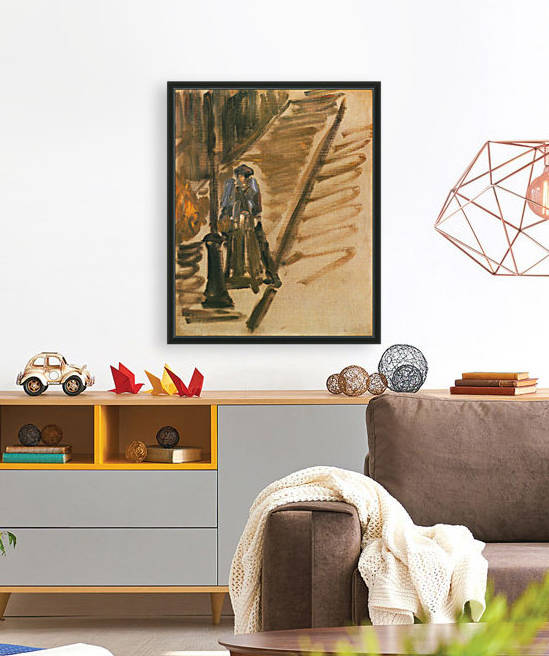 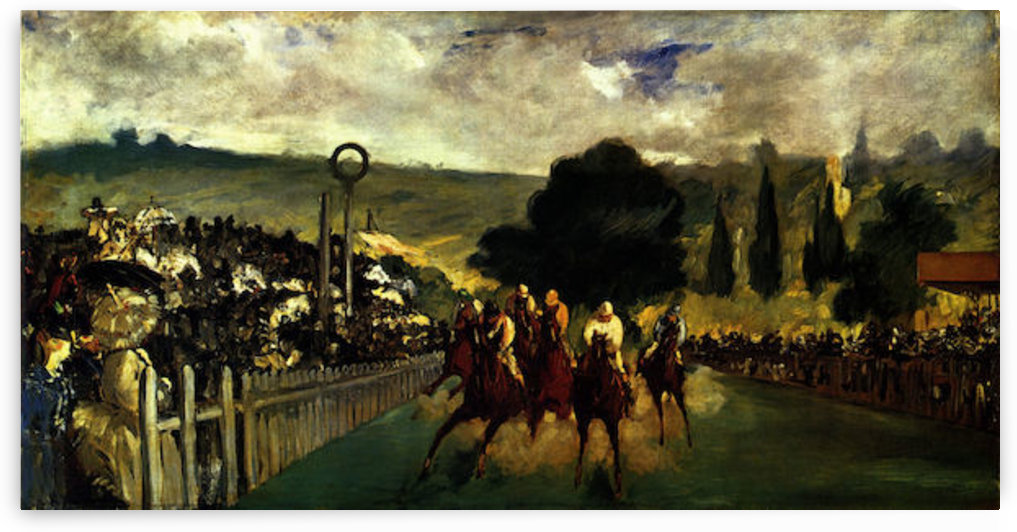 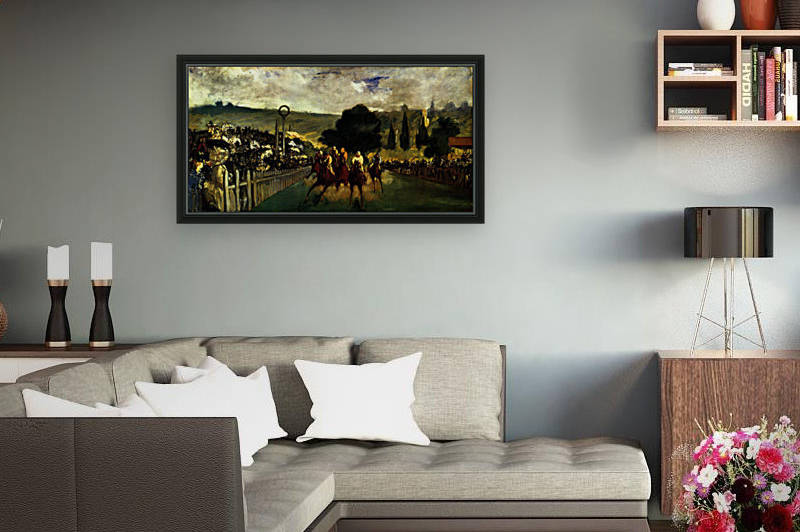 Race at Longchamp by Edouard_Manet 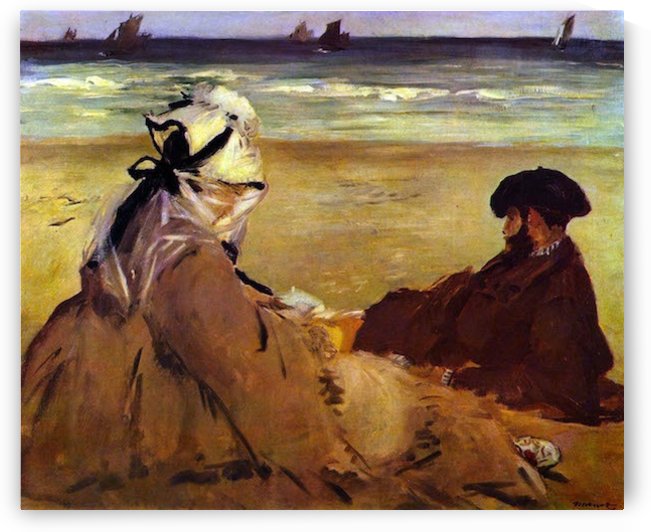 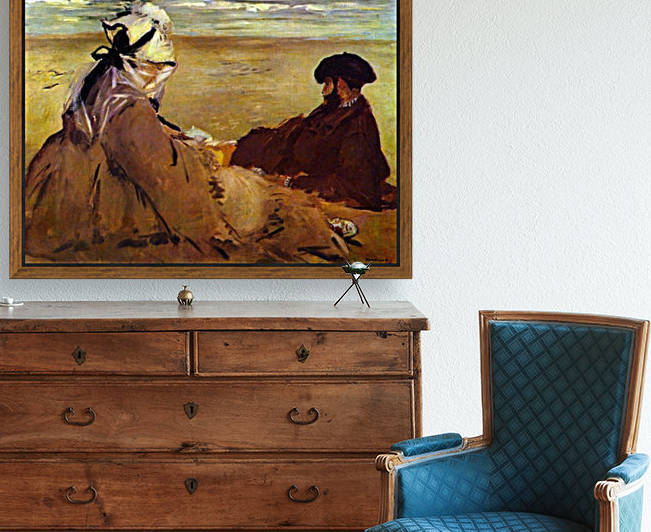 On the beach by Edouard Manet 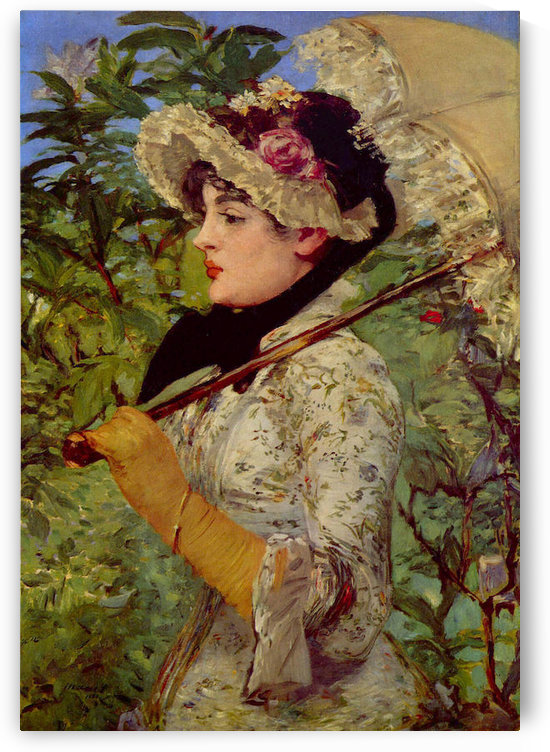 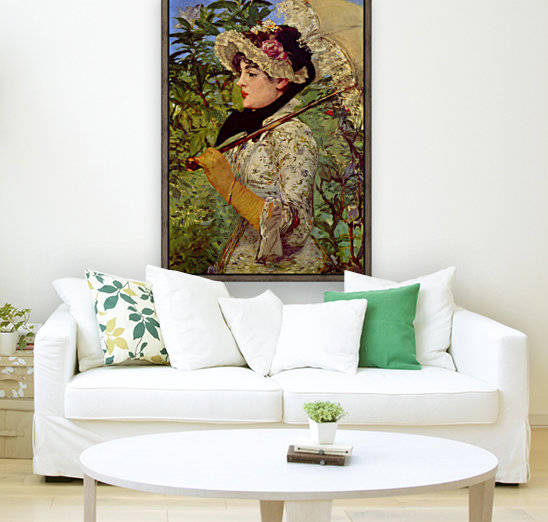 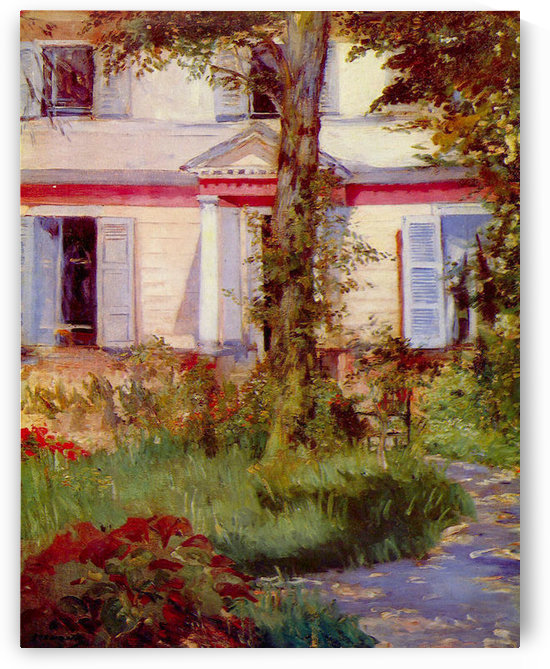 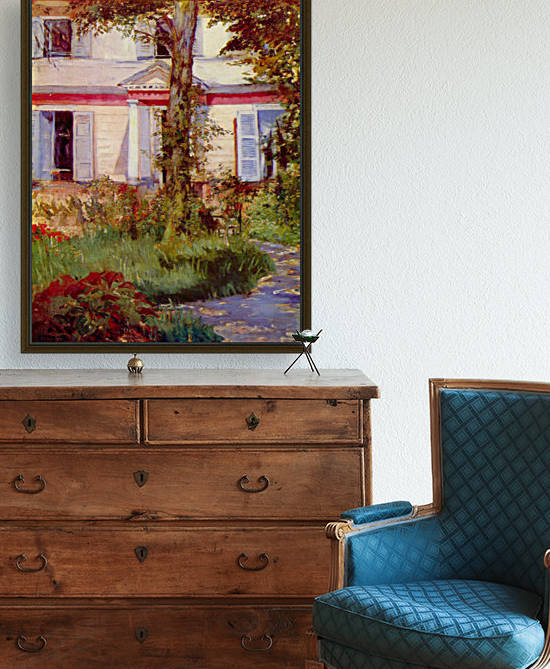 House in Rueil by Edouard Manet 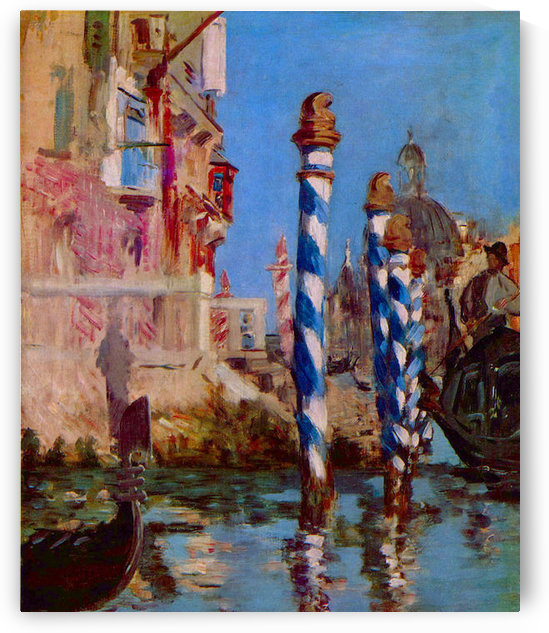 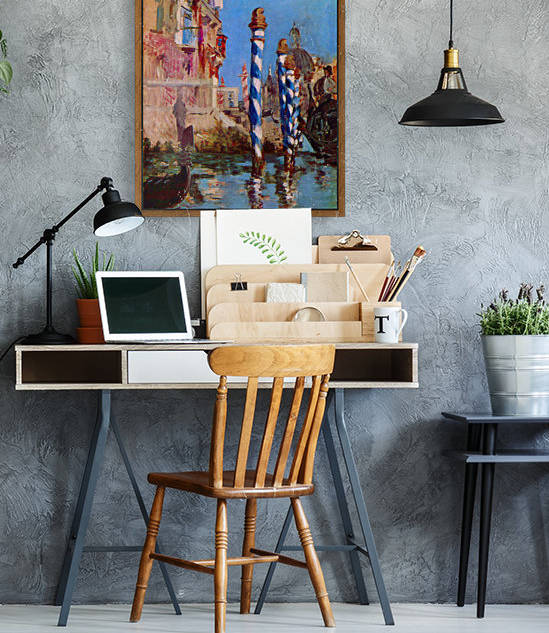 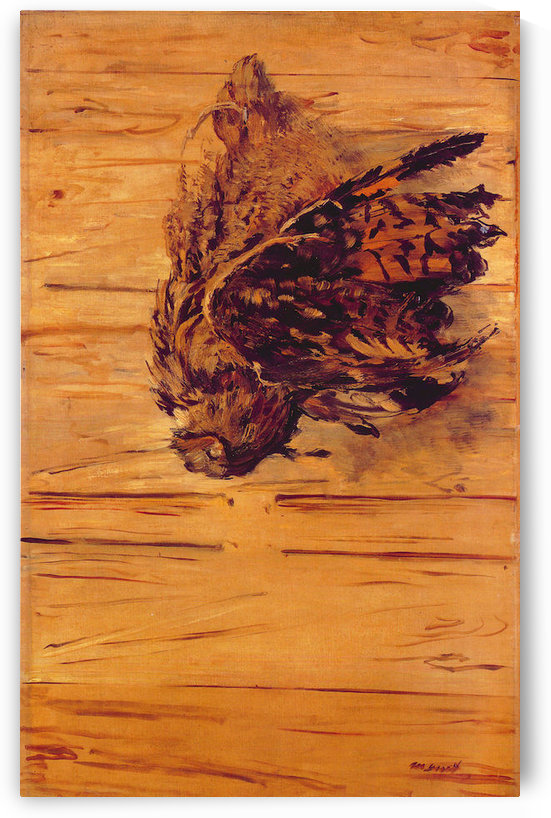 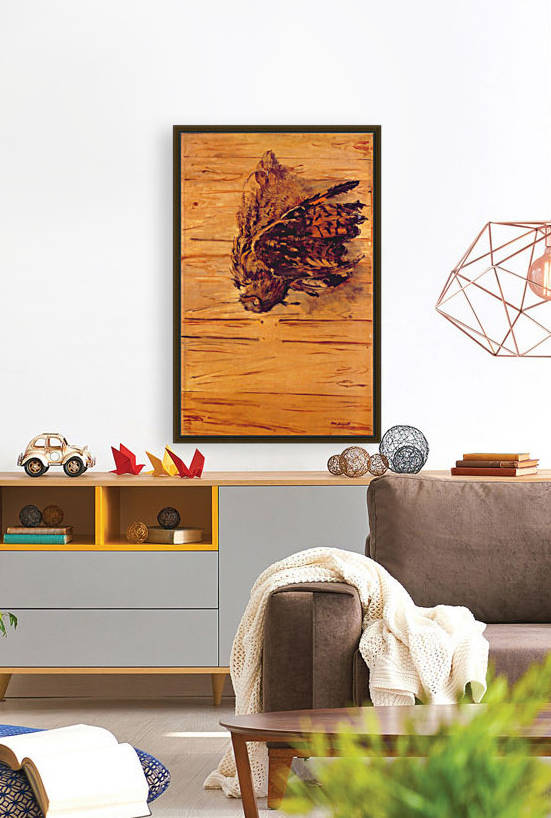 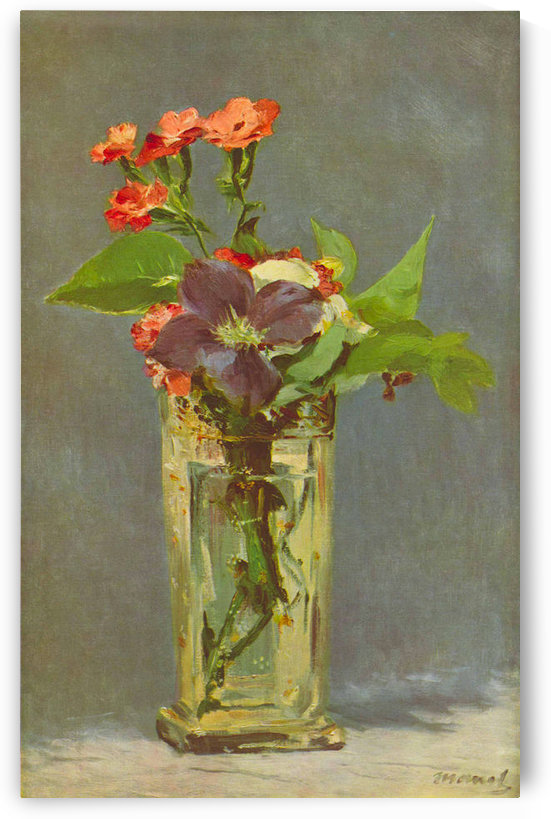 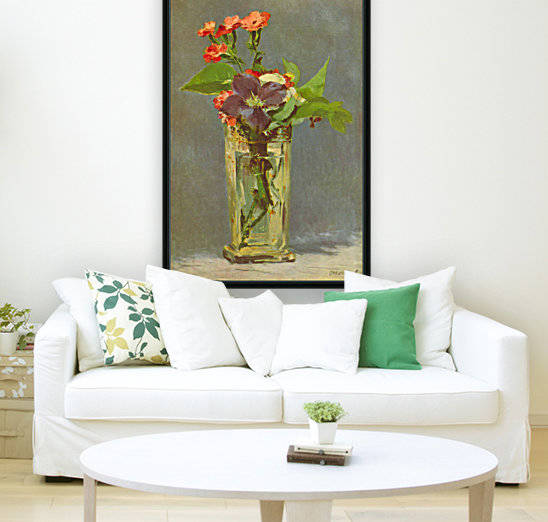 Carnations and Clematis in a Crystal Vase by Edouard_Manet