3
Follow
Daubigny was born in Paris, into a family of painters and was taught the art by his father Edmond Francois Daubigny and his uncle, miniaturist Pierre Daubigny.

Initially Daubigny painted in a traditional style, but this changed after 1843 when he settled in Barbizon to work outside in nature. Even more important was his meeting with Camille Corot in 1852 in Optevoz On his famous boat Botin, which he had turned into a studio, he painted along the Seine and Oise, often in the region around Auvers. From 1852 onward he came under the influence of Gustave Courbet.

In 1866 Daubigny visited England, eventually returning because of the Franco-Prussian war in 1870. In London he met Claude Monet, and together they left for the Netherlands. Back in Auvers, he met Paul Cezanne, another important Impressionist. It is assumed that these younger painters were influenced by Daubigny. 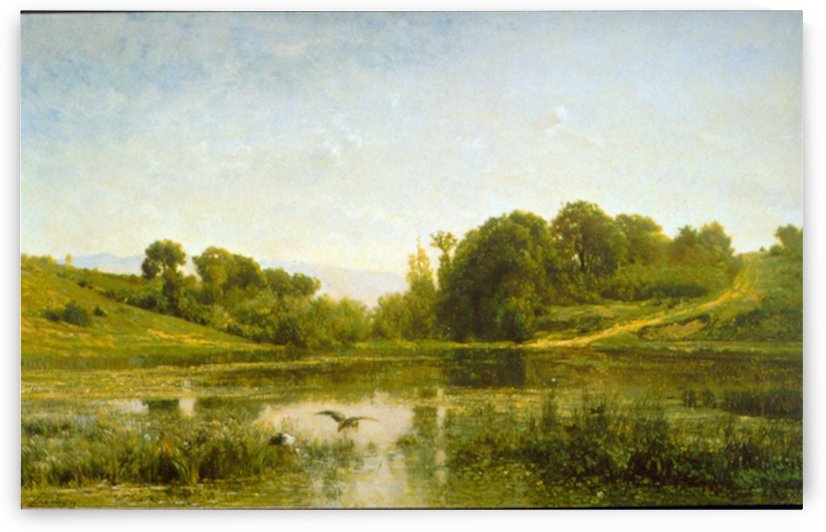 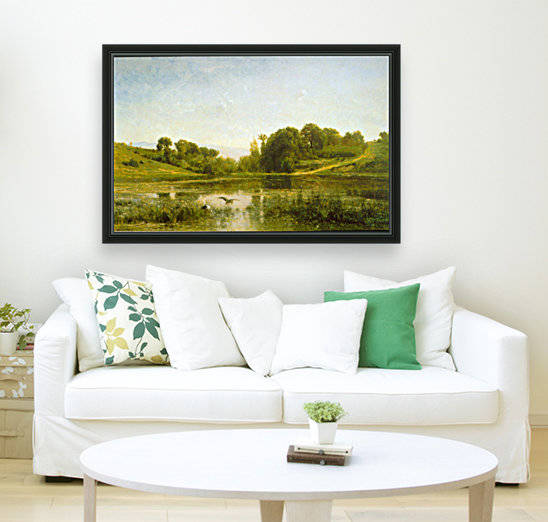 Pool at Gylieu by Daubigny