2
Follow
Lovis Corinth (21 July 1858 – 17 July 1925) was a German artist and writer whose mature work as a painter and printmaker realized a synthesis of impressionism and expressionism.

Corinth studied in Paris and Munich, joined the Berlin Secession group, later succeeding Max Liebermann as the groups president. His early work was naturalistic in approach. Corinth was initially antagonistic towards the expressionist movement, but after a stroke in 1911 his style loosened and took on many expressionistic qualities. His use of color became more vibrant, and he created portraits and landscapes of extraordinary vitality and power. Corinths subject matter also included nudes and biblical scenes.

Corinth was born Franz Heinrich Louis on 21 July 1858 in Tapiau, in Prussia. The son of a tanner, he displayed a talent for drawing as a child. In 1876 he went to study painting in the academy of Königsberg. Initially intending to become a history painter, he was dissuaded from this course by his chief instructor at the academy, the genre painter Otto Gunther. 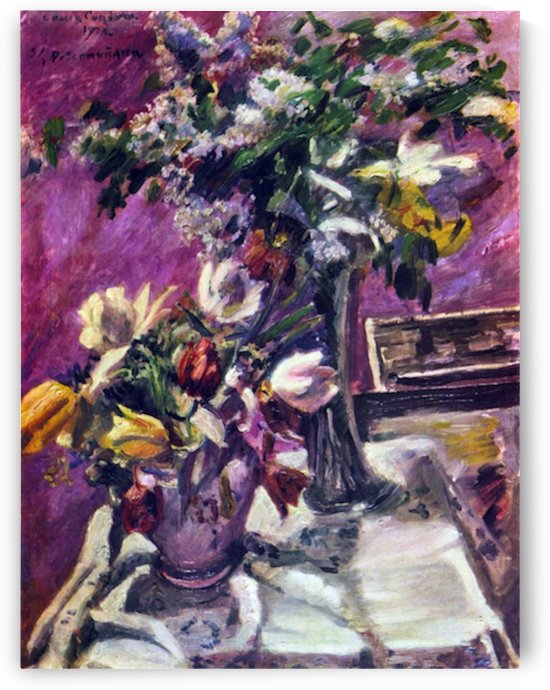 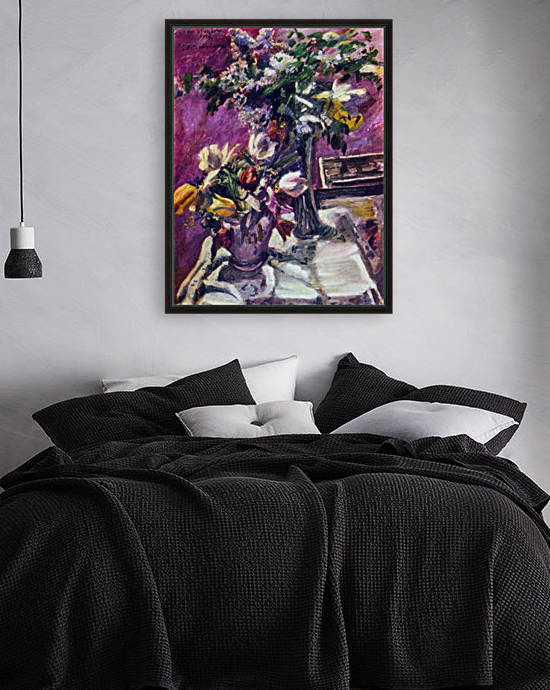 Lilac and tulips by Corinth