1
Follow
Dennis Miller Bunker (November 6, 1861 – December 28, 1890) was an American painter and innovator of American Impressionism. His mature works include both brightly colored landscape paintings and dark, finely drawn portraits and figures. One of the major American painters of the late 19th century,and a friend of many prominent artists of the era, Bunker died from meningitis at the age of 29.

Although highly regarded during his lifetime, the 20th century assessment of American Impressionism was largely negative, and Bunkers work was all but forgotten soon after his death. His teachings influenced a number of painters (upon his resignation from the Cowles school, his students wrote a letter of appreciation, urging him to reconsider),

among whom were William McGregor Paxton and Lilla Cabot Perry. It was a student of Paxtons named R. H. Ives Gammell who did the most to maintain Bunkers reputation, organizing two exhibitions at the Museum of Fine Arts, Boston in the 1940s, and publishing a biography in 1953. The current revival of interest in his work is the result of a less programmatic reassessment of 19th century art. 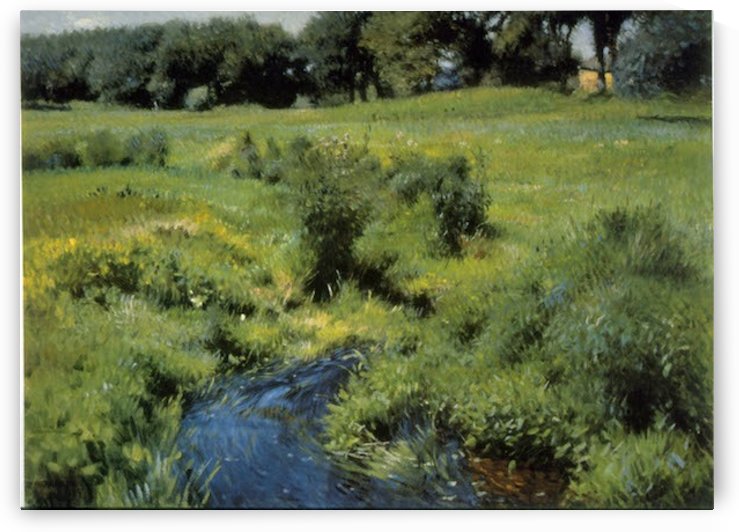 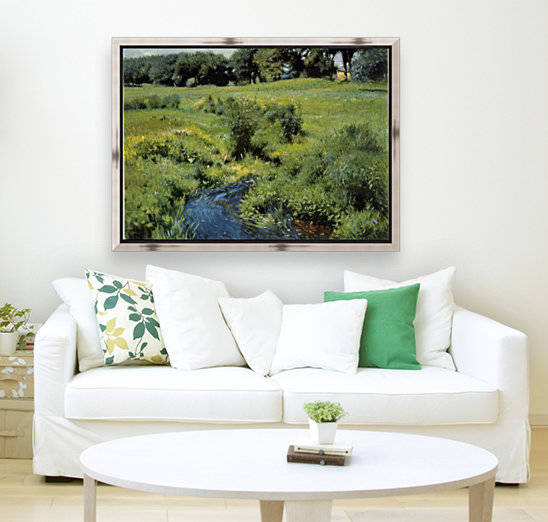 The Pool by Bunker