6
Follow
Eugene Louis Boudin was one of the first French landscape painters to paint outdoors. Boudin was a marine painter, and expert in the rendering of all that goes upon the sea and along its shores. His pastels, summary and economic, garnered the splendid eulogy of Baudelaire; and Corot called him the "king of the skies".

Born at Honfleur, Boudin was the son of a harbor pilot, and at age 10 the young boy worked on a steamboat that ran between Le Havre and Honfleur. In 1835 the family moved to Le Havre, where Boudins father opened a store for stationery and picture frames. Here the young Eugene worked, later opening his own small shop. Boudins father had thus abandoned seafaring, and his son gave it up too, having no real vocation for it, though he preserved to his last days much of a sailors character: frankness, accessibility, and open-heartedness.

In his shop, in which pictures were framed, Boudin came into contact with artists working in the area and exhibited in the shop the paintings of Constant Troyon and Jean-François Millet, who, along with Jean-Baptiste Isabey and Thomas Couture whom he met during this time, encouraged young Boudin to follow an artistic career. At the age of 22 he abandoned the world of commerce, started painting full-time, and traveled to Paris the following year and then through Flanders. In 1850 he earned a scholarship that enabled him to move to Paris, although he often returned to paint in Normandy and, from 1855, made regular trips to Brittany. 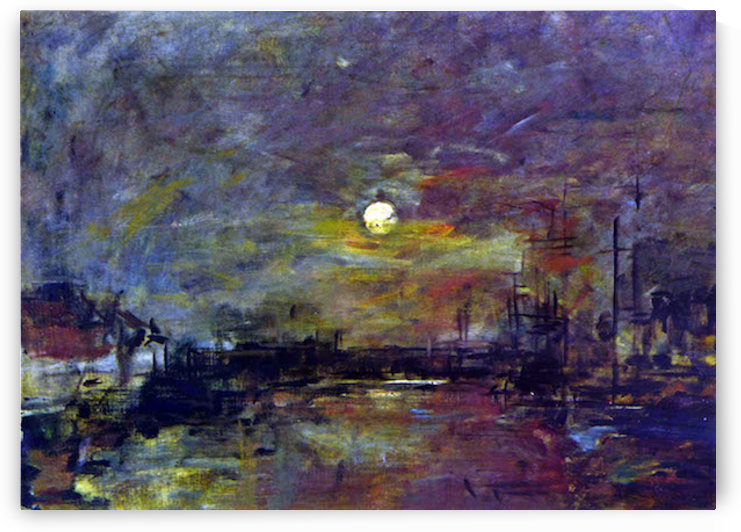 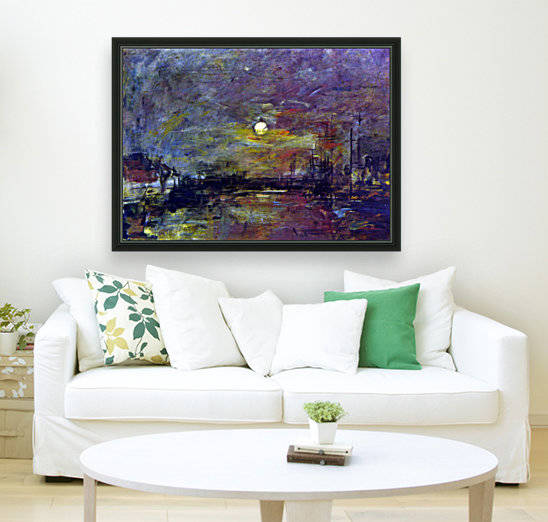 Dusk on the port of Le Havre by Boudin 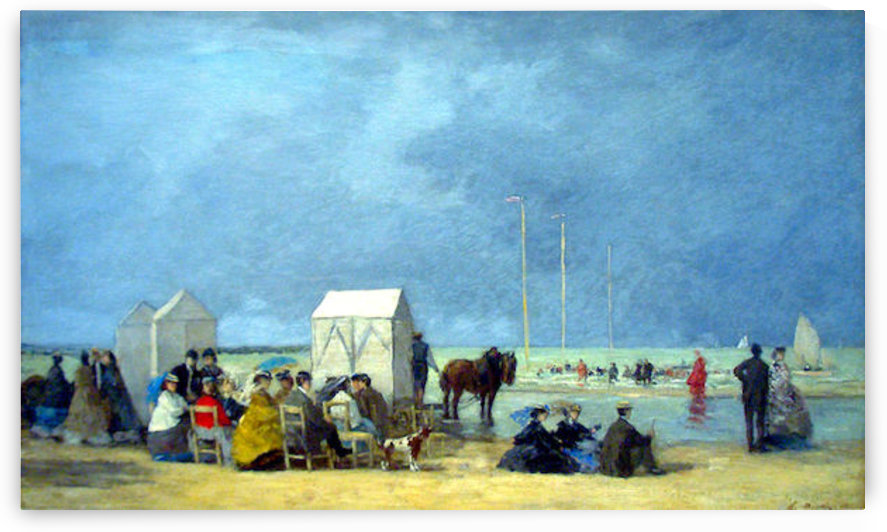 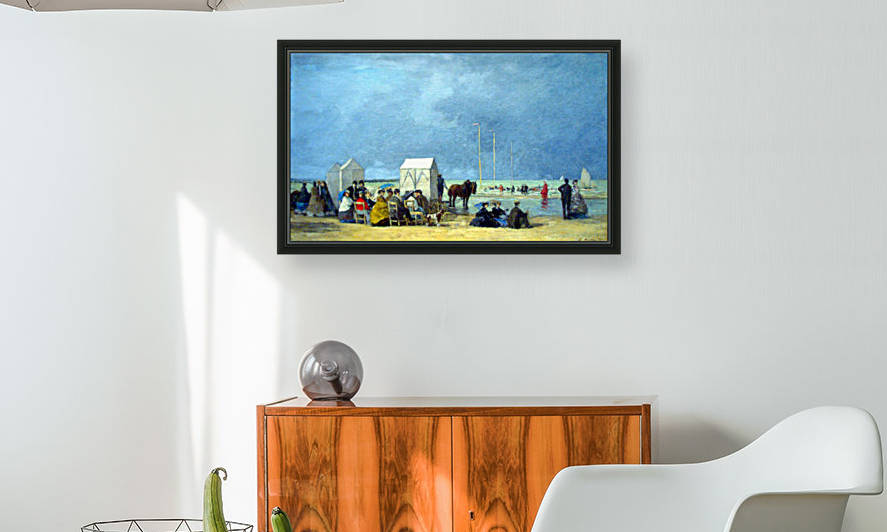 Bathing Time at Deauville by Boudin