He was born in Ghent. His father was an industrialist and textile manufacturer. In 1882, he began attending the Royal Academy of Fine Arts, where he studied under Gustave Den Duyts (nl) and Jean Delvin. His debut as a painter came in 1887, when he participated in an exhibition in Brussels held by the secessionist group lEssor

He continued his studies in Paris, at the art school of Alfred Philippe Roll, and exhibited at the Salon in 1889. The following year, he accompanied James Ensor, Frantz Charlet and other Belgian painters on a study trip to London. In 1894, he helped found the "Cercle des Beaux-Arts dOstende". The years 1894/95 saw another stay in Paris, where his painting "Oude Vlaamse Vaart" (Old Flemish Sails) was acquired by the Musée du Luxembourg and he participated in an exhibition held by La Libre Esthétique. From 1896 to 1901, he continued to exhibit throughout Europe, winning several Gold Medals.

In 1913, he served as a member of the art jury for the Ghent Worlds Fair. During World War I, he lived in London, returning to Ghent in 1919. That same year, he was appointed a member of the Royal Academy of Belgium. Two years later, a retrospective of his work was held at the Galerie Georges Giroux in Brussels. He died in Ghent in 1922. 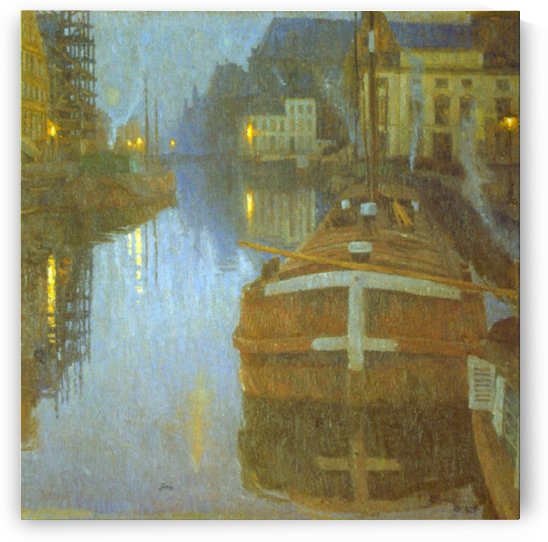 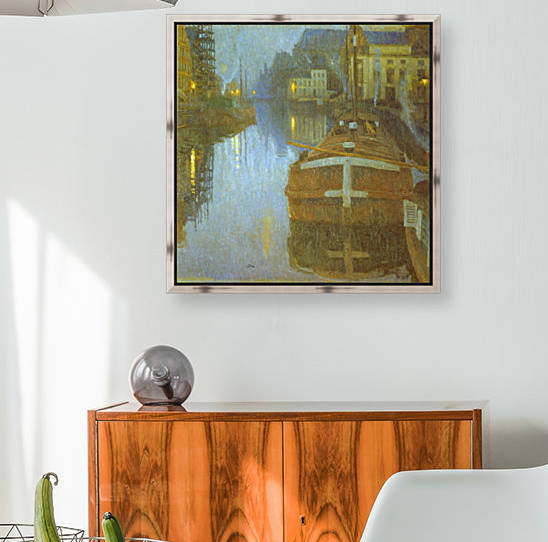