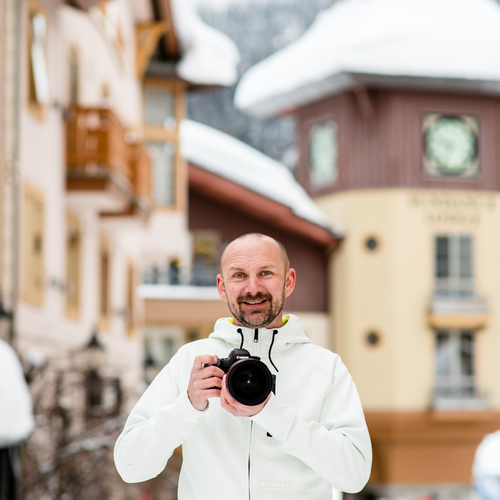 Descent to the Clouds by KoricPhoto [+]

Above the Top of the World by KoricPhoto [+]

A ski bum at heart, Dom Koric is a local Sun Peaks real estate and architectural photographer, who also captures the beauty of Sun Peaks and surrounding areas, as well as some adrenaline fueled moments. Living in Sun Peaks for 14 years and 9 years in Whistler has given him an appreciation of the mountains, which shows through in his artistic forms.


What started off as a side job filming his students as a snowboard instructor in Whistler has evolved into a fulfilling career. After nearly 20 years behind the lens shooting sports, wedding and now architecture he has added a new vertical dimension in the form of aerial drone photography, creating previously un-captured panoramic images.


When he’s not behind the lens, you might find him behind his DJ decks on a village patio and on powder days you better believe he’s on one of the first chairs (and usually the first one down “Chute”). He’s a supporter of the Bluebird Day Fund and is the course designer/chief for the annual Banked Slalom event, as well as, a proponent for the Sun Peaks Skate Park Foundation raising money through the now infamous annual ULLR parties.