3
Suivre
Edouard Richter was born in 1844 to a Dutch mother and German father. His extensive artistic education took him to the Hague Academy, then to Antwerp and finally to the Académie de Beaux-Arts in Paris where he trained under Léon Bonnat. Richter first exhibited a still-life at the Salon in 1866 and received honourable mention. However for the following fifty years, he submitted a range of subject matter including portraits, historical genre scenes and more specifically Orientalist subjects.

Richters favourite subject was the female. Whether European or Middle Eastern, he illustrated dignified, yet languid beauties at the centre of his compositions. His Orientalist subjects demonstrate a certain studied theatricality in the gesture of the figures and the composition as seen in the present lot, as well as an exquisite handling of the textures and colours. The young woman dressed in elaborate clothes is posed in front of a window. The sunlight defines the silhouette of body and adds an ethereal halo. The delicacy of her placed fingers and the soft pink in her dress contrasts with the geometric and vibrant design of the mosaics encircling her. 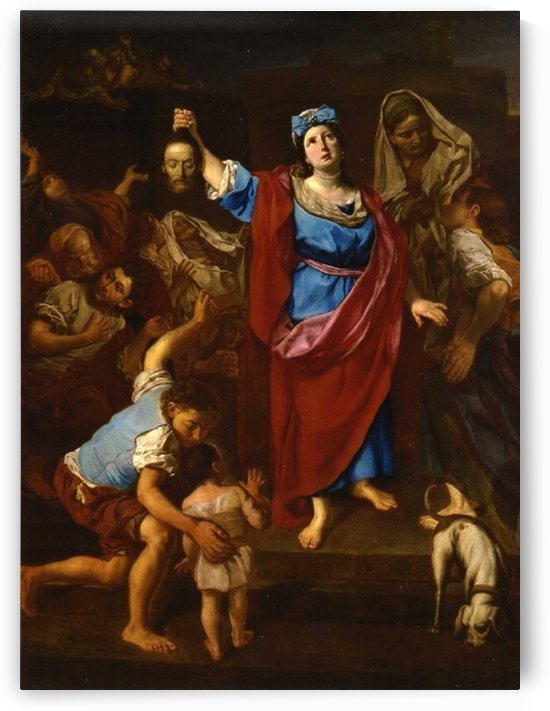 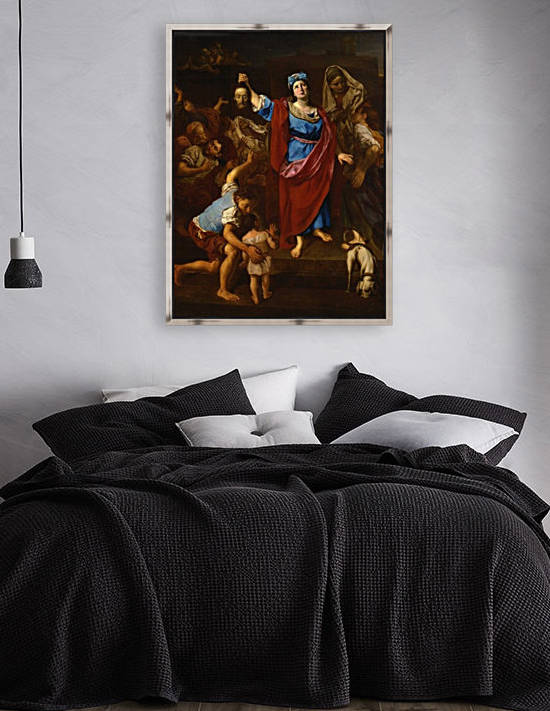 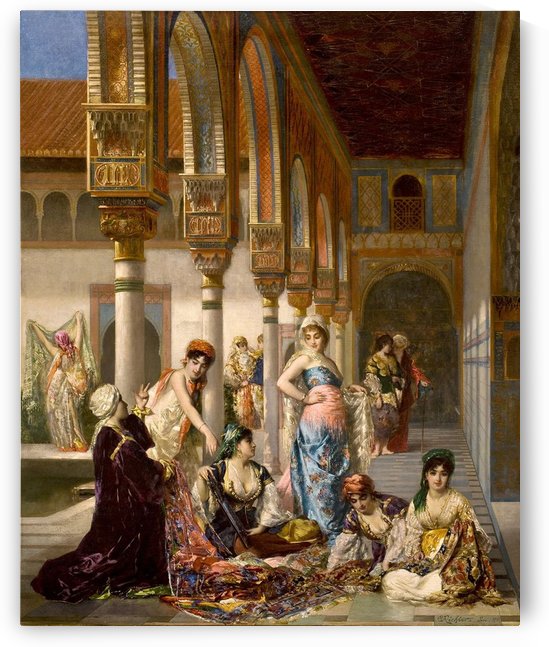 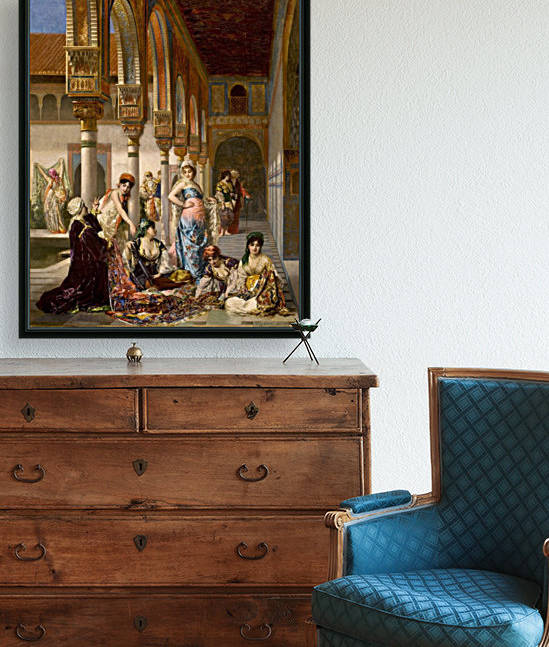 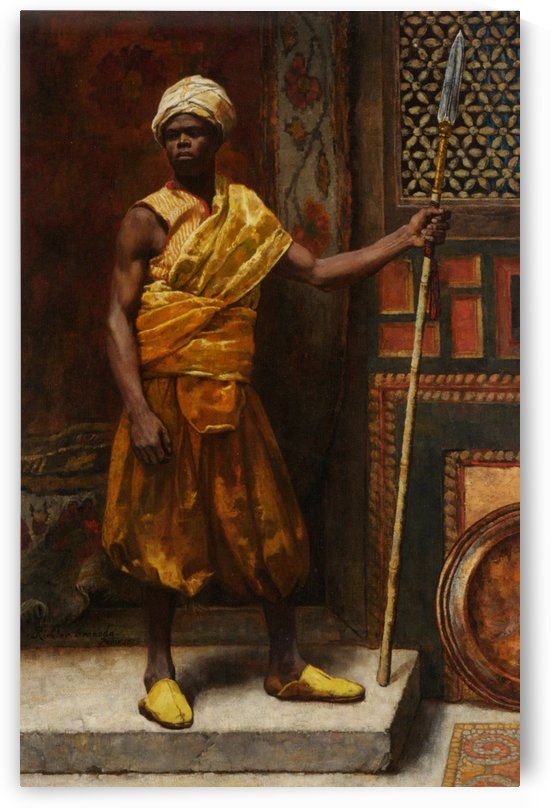 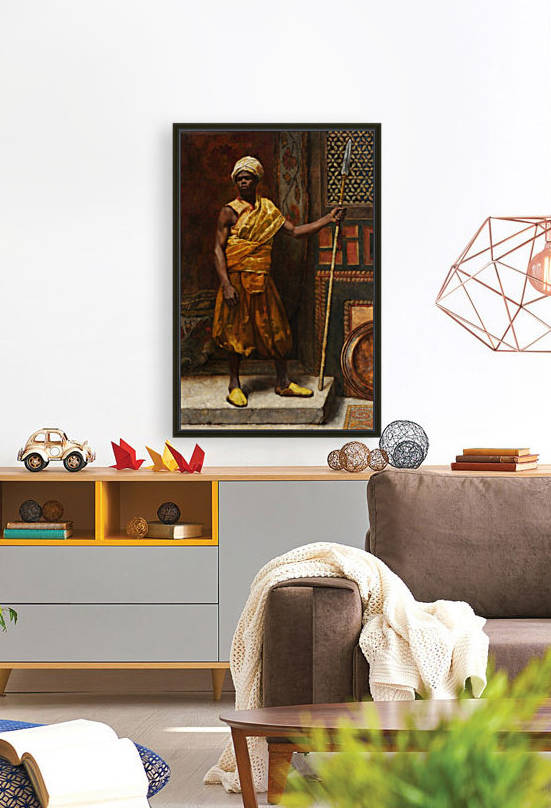 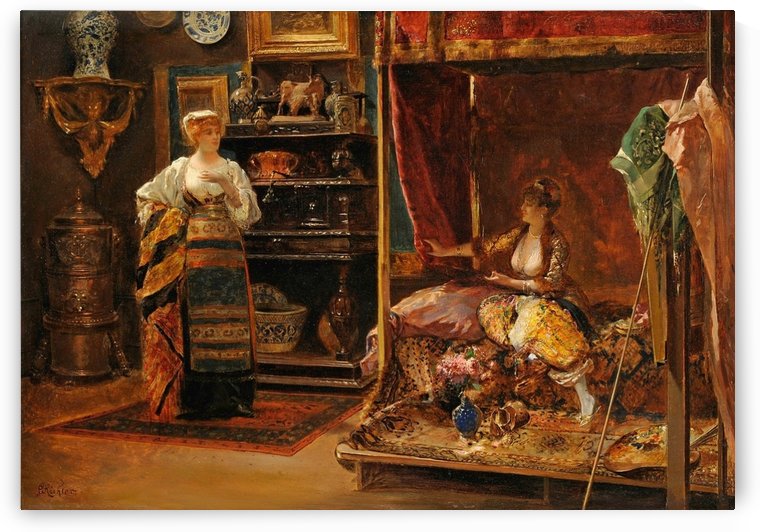 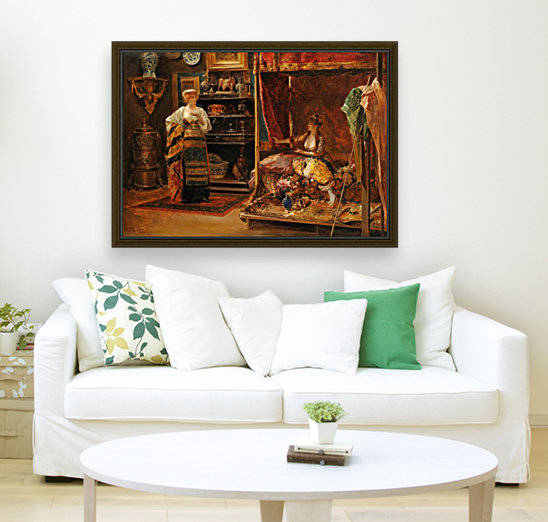 In the studio of the artist 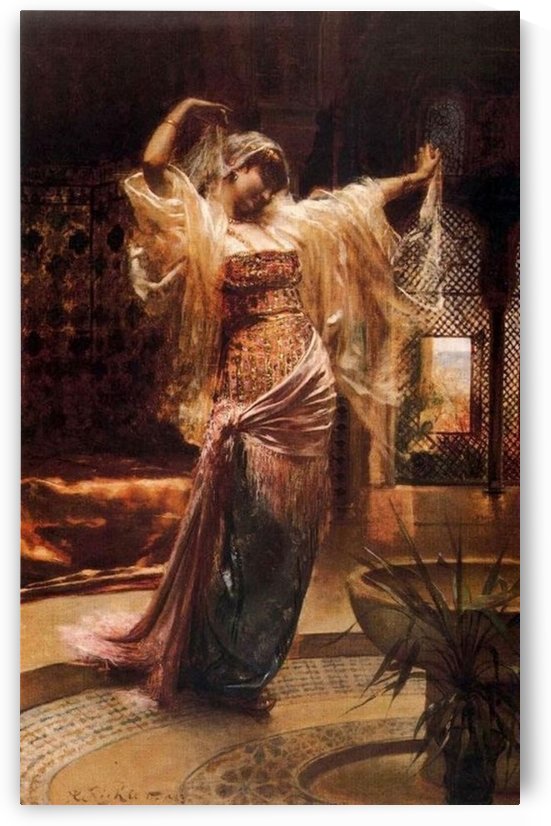 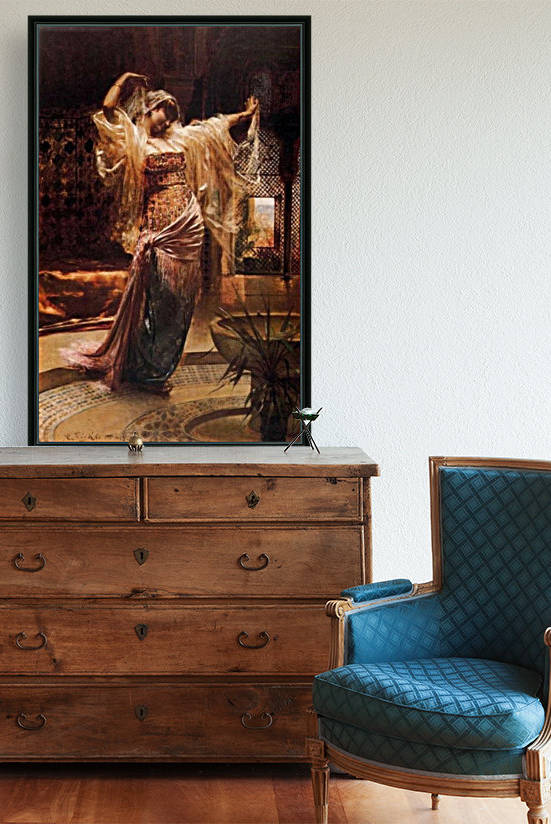 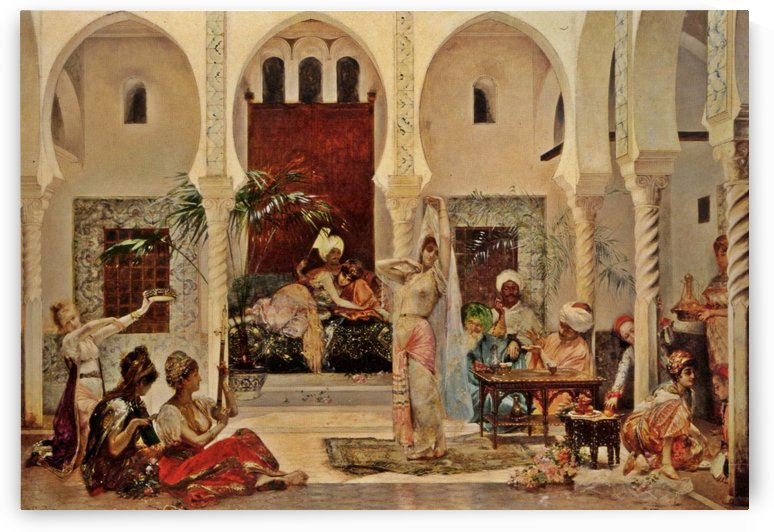 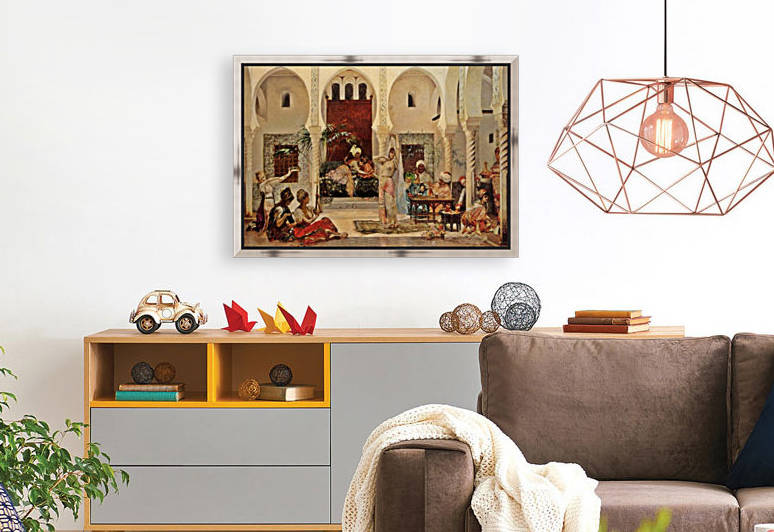 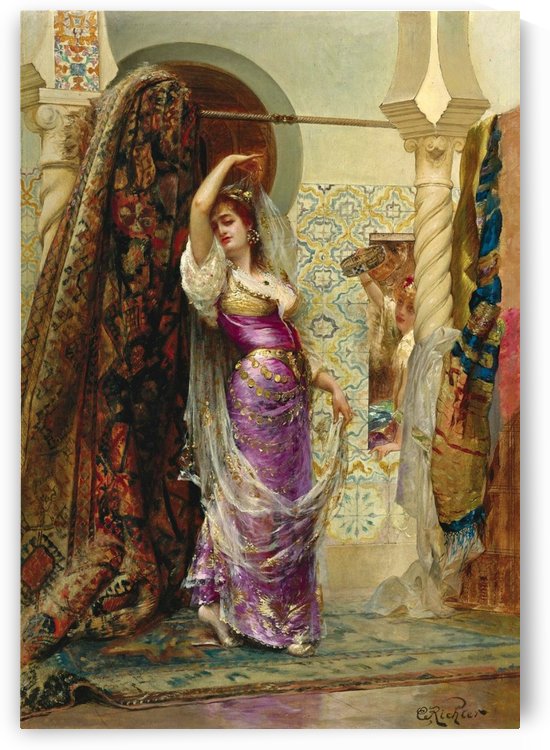 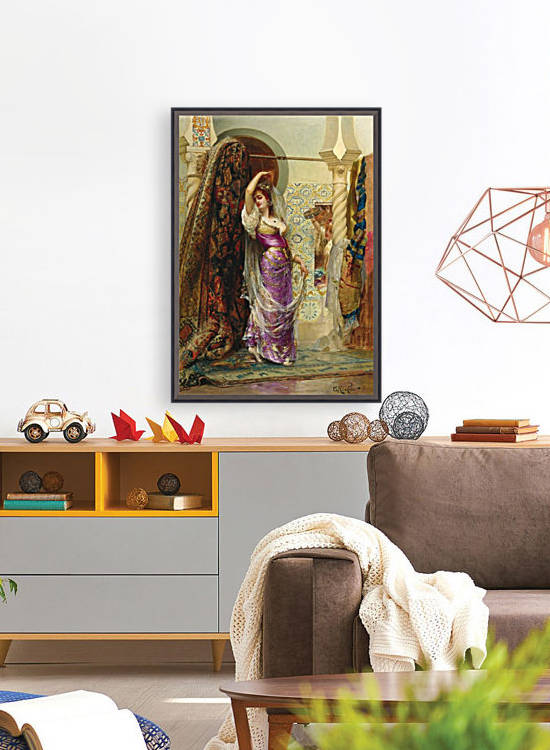 Preparing for the performance 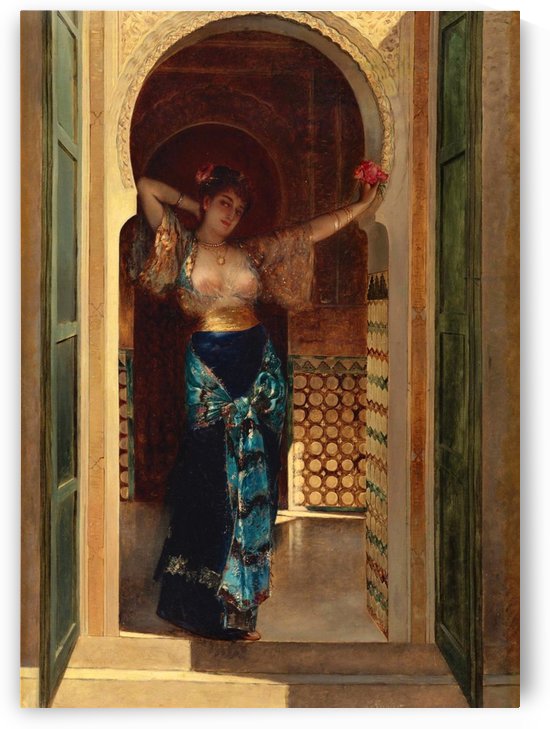 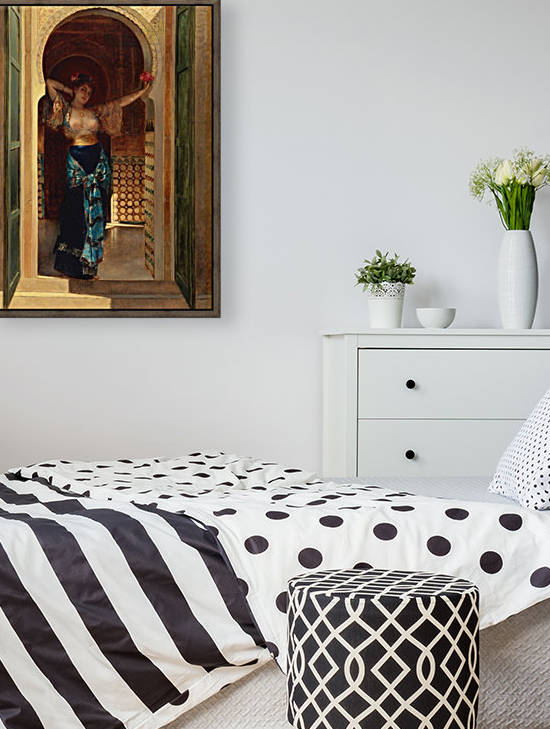 At her ease, Grenada 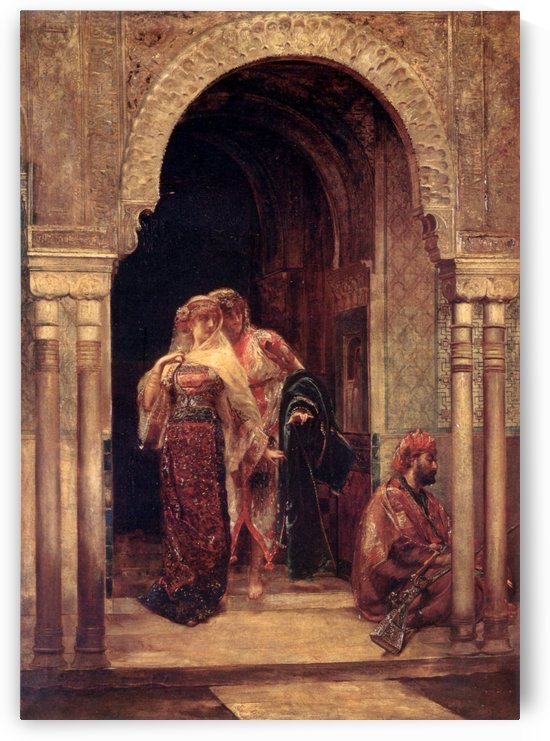 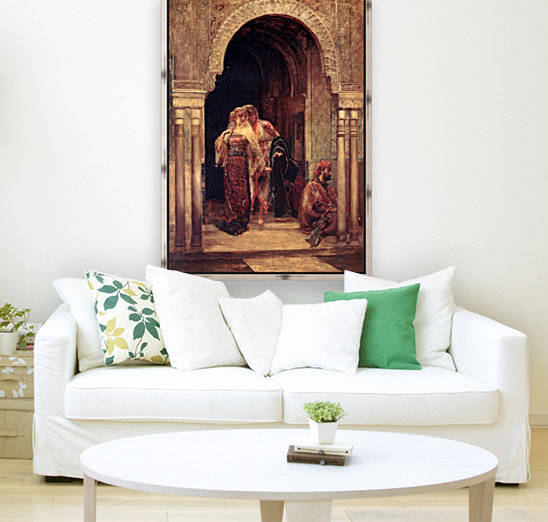 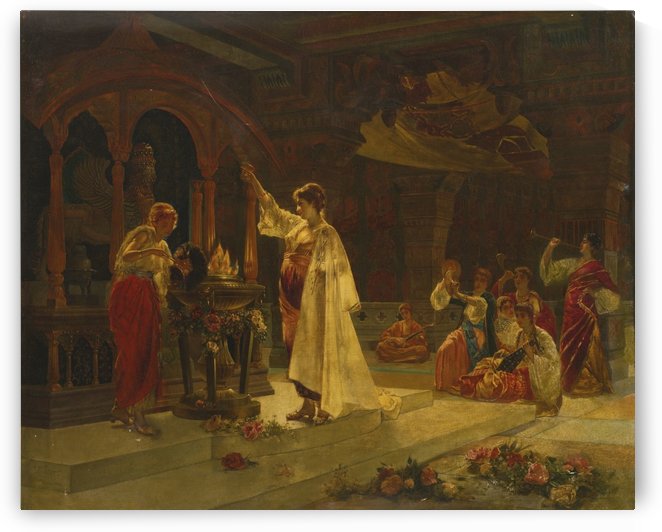 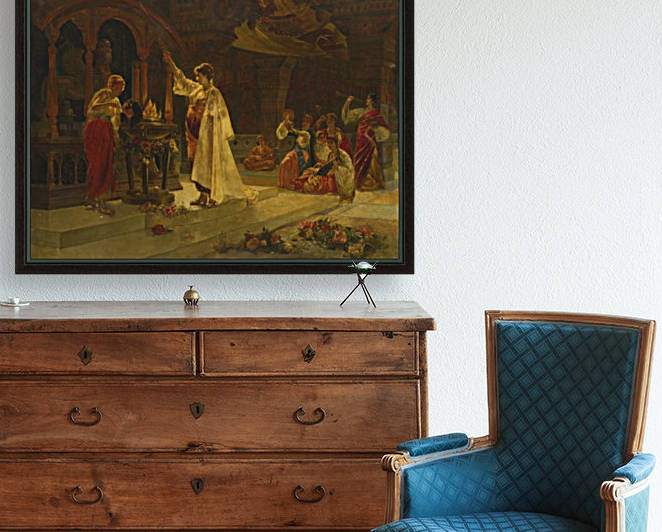 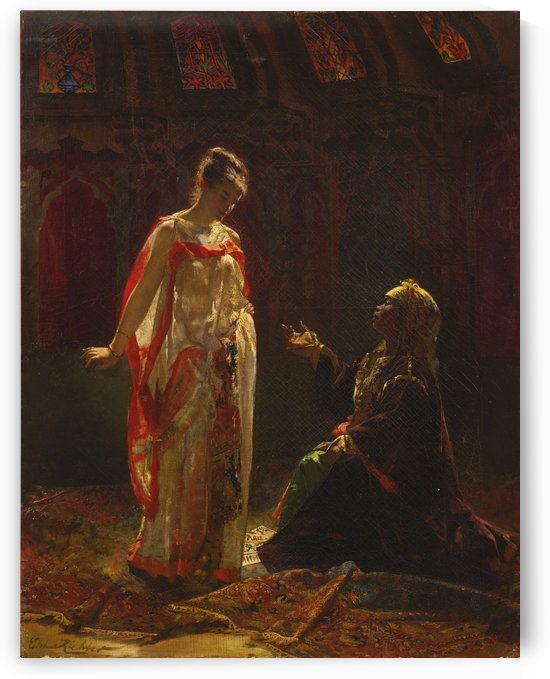 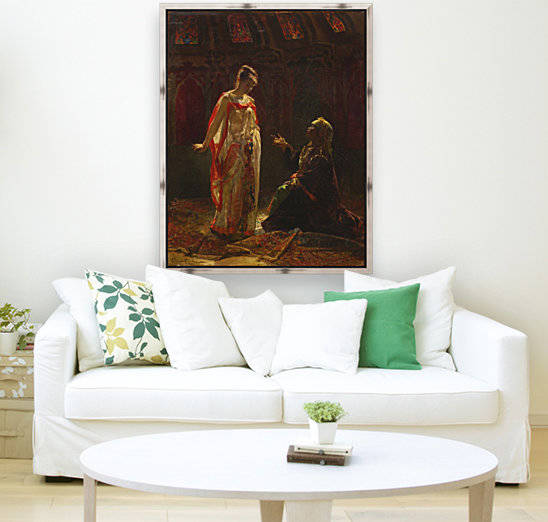 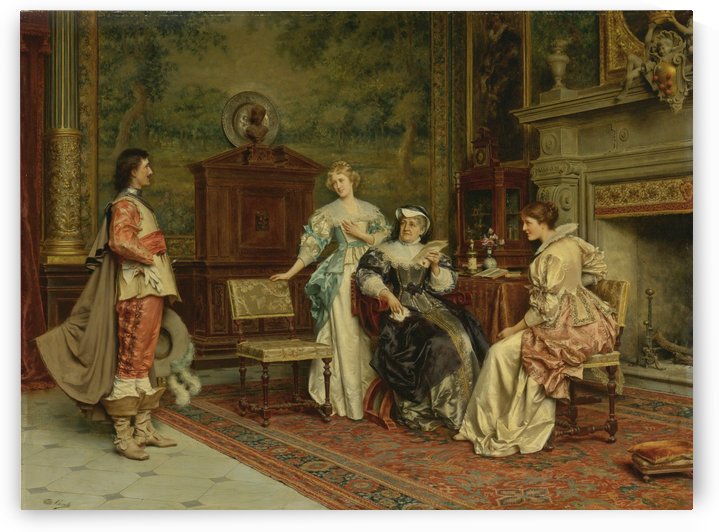 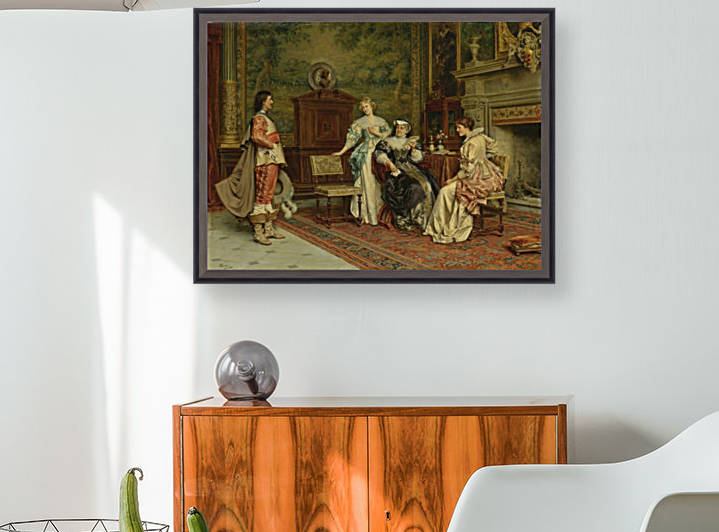 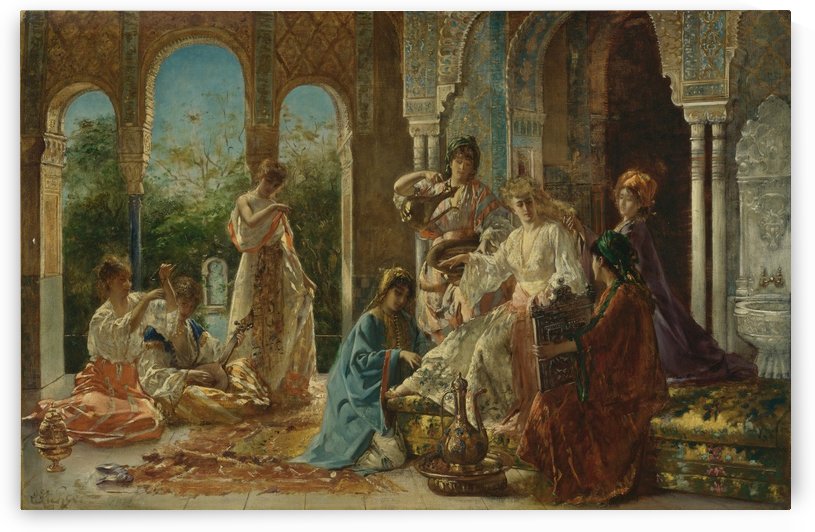 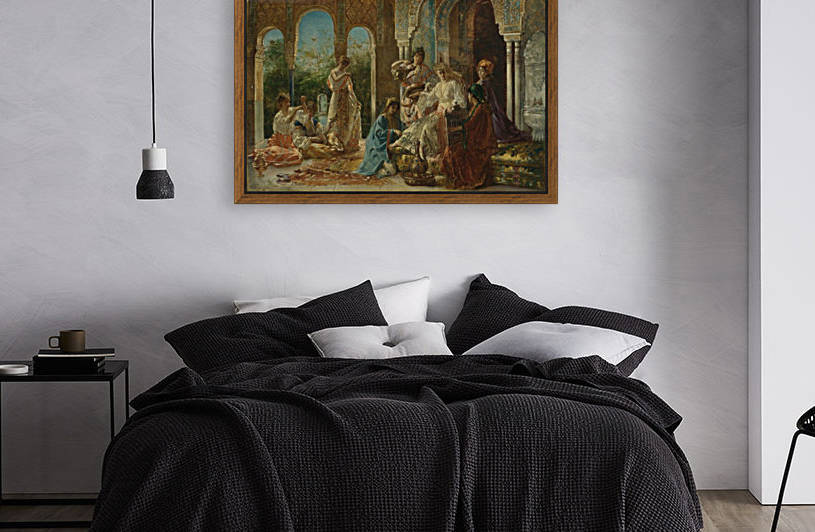